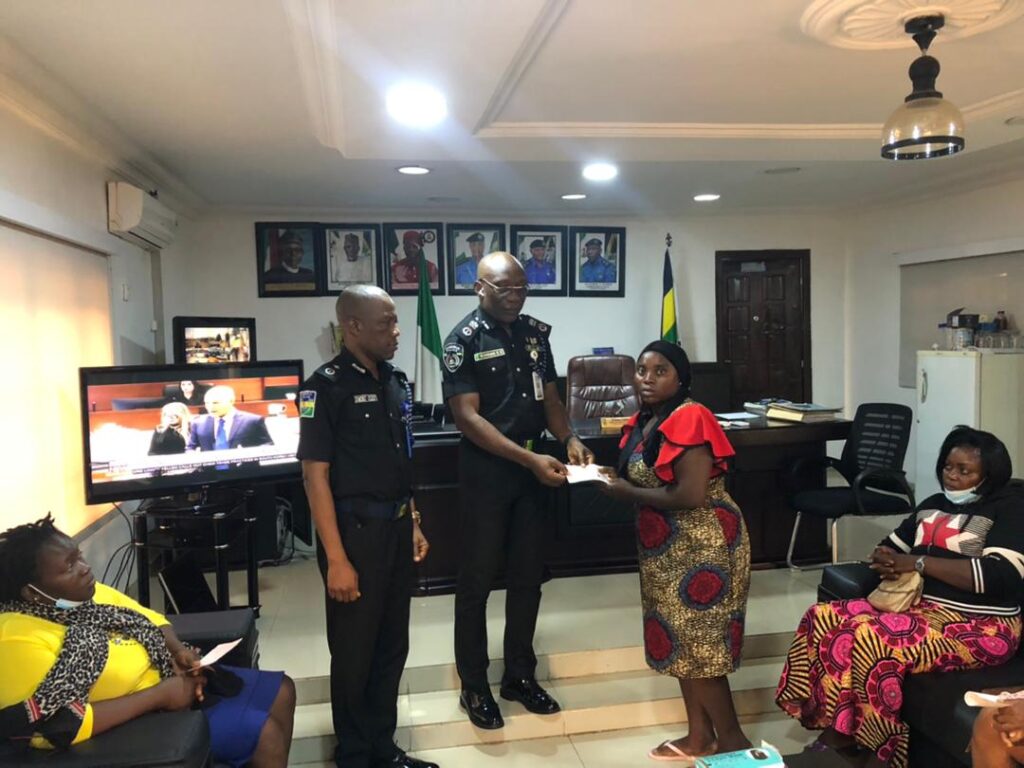 The cheques were from the Inspector-General of Police Family Welfare Insurance Scheme, which seeks to boost the morale of officers while carrying out their duties.

“The gesture is an initiative aimed at giving succour to the family of police officers who died in active service. Also, the gesture is aimed at spurring officers to greatness while discharging their statutory duties with the assurance that, their welfare is of paramount importance to the administration of the force.”

Ikenga in the release thanked the Inspector-General of Police for his relentless efforts towards ensuring a good welfare package for personnel of the Force and urged the beneficiaries to use the money wisely by investing in a profitable venture that will, in turn, ameliorate the needs of the dependents left behind.

The CP also assures the IGP that, officers and men of the command will continue to put in their best to ensure peace, security and safety of Anambra State.

The benefiting families were mostly those whose breadwinners were killed by rampaging gunmen, who had previously seized Anambra State.