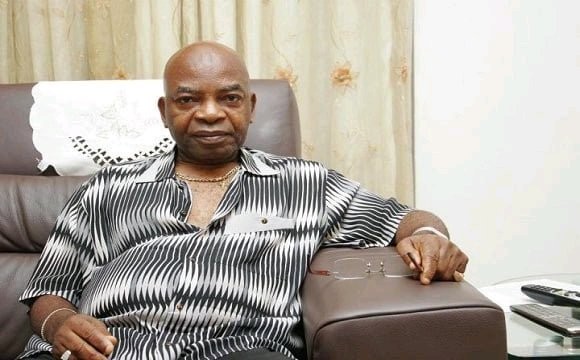 Ahead of the general elections, the South-East Zonal Committee of the All Progressives Congress (APC) has begun moves to get the support of Anambra billionaire, Prince Arthur Eze, ANAMBRA PEOPLE reports.
APC national vice chairman for South-East, Dr. Ijeomah Arodiogbu led the team on a courtesy visit to Eze.

The visit, according to a release signed by the party’s Southeast zonal publicity secretary, Chief Augustine Onyedebelu, said the visit was aimed at reaching out.

He disclosed that it afforded the opportunity to take stock of current challenges faced by APC in the zone and seek ways of soliciting Eze’s support ahead of the general elections.

The statement reads in part, “The National Vice Chairman while articulating the programs developed by the Committee which is aimed at ensuring that the South- East Zone, under the leadership of Imo State governor, Senator Hope Uzodimma, will get its fair share when the new government comes into power, lauded Arthur Eze for his generosity, constantly donating his well-earned funds to Nigerians.”

He expressed appreciation to the businessman for his interventions and maintained that Prince Eze will not hesitate to continue to lend support to the “continuing growth and development of the South-East.”

Prince Eze in his response, admonished the South-East APC to adopt the right steps in the pursuit of their beliefs even as he insisted that Ndigbo must get their fair share under the government of Asiwaju Ahmed Bola Tinubu come 2023 when he assumes office.

Further, he lauded governor Hope Uzodimma of Imo State whom he likened to Chief Sam Mbakwe, the first elected governor of the state saying the former is a visionary leader committed that Igbos have their place in the political space in Nigeria.