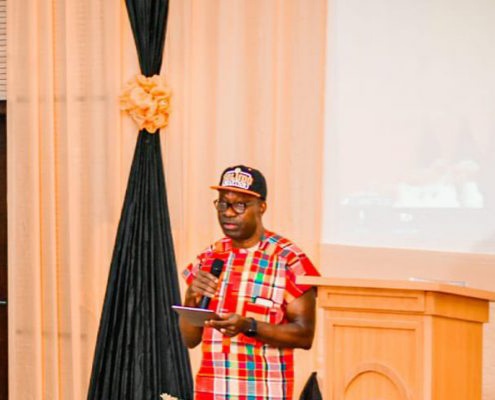 The Governor of Anambra State, Prof. Chukwuma Soludo, has begun bio-data registration of indigenous medicine and herbal practitioners in the state as a measure to stem the tide of insecurity in Anambra, ANAMBRA PEOPLE reports.

The Executive Director of Anambra Indigenous Medicine and Herbal Practice, Dr. Ejie Daniel, who revealed this noted that the idea is part of security measures adopted by Soludo to weed out undesirable elements from the profession.

Ejie corroborated with the governor that some bad elements, who either infiltrated or collaborated with authentic practitioners, will not have a place to hide henceforth.

According to him, those who hid under the camouflage of herbal practice, being targeted by the governor, are those who give charms to protect criminals from bullet wounds.

Ejie said the government has adopted bio-data capturing, as part of Soludo’s pro-active security measures, designed to check the list of practitioners, screen them and have their data analysis to know their areas of specialities in terms of herbal practice.

He disclosed that the data analysis would identify who does what in the state. He noted that the data validation started earlier before the March 17, 2022 inauguration of the Soludo administration, adding that the agency has given practitioners up to November this year to register or be sent packing.

Ejie disclosed that herbal practitioners are well known to save a life using roots and herbs.

He said: “Whoever kills is not supposed to be called a member of the herbal practising association.”

He stressed that the agency would embark on locally produced drugs standardisation and issuance of Certification Number by the National Agency for Foods and Drugs Administration (NAFDAC), after the bio-data capturing exercise.

He explained that those who refused to participate would be considered to be hiding something dangerous.

Ejie, who said he inherited the art from his grandfather, said the agency is leveraging on available data of such unions as the National Association of Nigeria Herbal Medicine Practitioners in Nigeria, Bone Healers, and others, to source its database of herbal medicine practitioners.