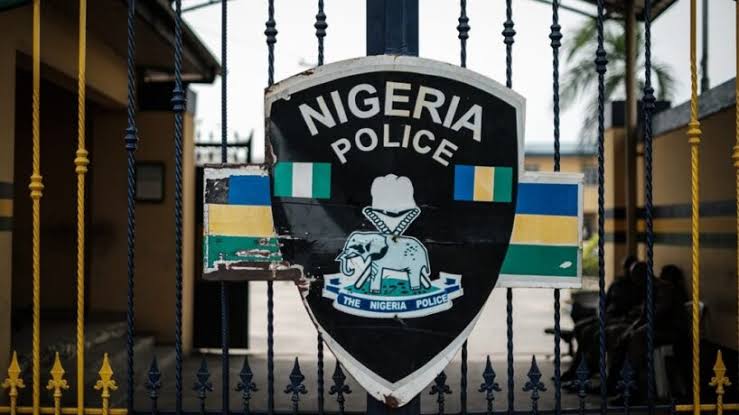 When Mr Emenike Okoye returned to his community, Ogbunike in Oyi Local Government Area of Anambra State after some years of sojourn outside the shores of the country, he never envisaged that his whole world would one day crumble like a pack of badly arranged cards.
Emenike, is presently writhing in pains in a private hospital after miraculously surviving a vicious attack allegedly in the hands of his blood, an elder brother and other family members.

While Emenike survived and now living to tell the story, his wife, Nkiru Okoye, 40, was hacked to death by the assailants and her remains lying stone cold in the mortuary.
Speaking in deep pains at Isaac Chira Memorial Hospital and Maternity, Awkzu, Oyi LGA, Emenike said that the incident that led to the death of his wife and also left him in a paralysed state happened on July 19, this year.

He said that he was at home on that fateful day, preparing for work, while his now late wife (Nkiru) was preparing to travel to her paternal home of Abba, Njikoka LGA, for a meeting of Umuada (daughters of her kindred in Abba), when his elder brother George Okoye led his wife, Uzonna and their three children to his house on that morning and attacked him and his wife for no justifiable reason.

“It was an unprovoked attack. I was preparing for work and my wife was also preparing the children for school with the intention to travel to their village for the kindred meeting after that. George and his wife, Uzonna and their son, Somtochukwu and twin daughters suddenly invaded my house around 7:00a.m . They overpowered us, beat us to stupor, and left. Later when my children have gone to school, they returned with some persons armed with dangerous weapons, including an axe.

“They dragged my wife outside the house, hit and killed her with the axe and chair. I fought back and when I resisted their move to drag me outside too, they broke my hand with the axe, dragged me outside; hitting me with the axe all over my body until I passed out . You can see the cut on my eyes. They left me thinking that I was also dead. But God helped me to wake up later. I sent a distress report to our local vigilante and they came and drove me to hospital,” he narrated.

Emenike, whose five children; two boys and three girls, were still between the ages of three and 11 years, while appealing for justice over the death of his 40-year-old wife, also sought the help of relevant authorities and interested individuals to relocate him to better hospital where he would fully recover.

“I’m deeply in pain. My hand is broken. I cannot stand or sit down. My waist is paining me. My head is heating like hot water. I cannot see well with my eyes. I need serious medical attention,” he lamented.
A festering family feud

When the reporter asked Emenike what could be the likely remote cause of the attack, he said that his elder brother, George, has been up in arms against them for a long time before now.

“George had always claimed to be our landlord in the house right from when our mother, late Mrs Adaoba Okoye was alive. He is not our first born, yet he claims ownership of the entire compound and always fights with all of us. I’ve not even married my wife when this crisis started and we had our three children abroad.

“It was when the company where I was working folded up that I returned to Nigeria and back home in the village. We had our last two children here (in Ogbunike). My wife had nothing to do with this. Why killing her for nothing? The crisis led to the death of our mother and our eldest brother. He reported us to the kindred, and our property was shared, with him taking the larger part. I took mine without complaining. Later, he started laying claims to the route to my house.

“He reported me to our kindred, but it was settled in my favour. He disagreed and kept on troubling me to stop taking the road. When I laid dwarf perimeter fence, he pulled it down, and even reported me to the kindred again. I left it. A member of our kindred, Onwa, later intervened and wanted to pay him N500,000 to hands off the portion so that he will also build perimeter fence to separate both of our houses. He agreed, but when it was time to start the construction, he rejected the offer.”

Corroborating Emenike’s claims, the eldest and only surviving daughter of the family, Mrs Monica Onwuegbusi (nee Okoye), said that she had initiated several reconciliatory moves to bring lasting peace to her immediate family, but George kicked against all.

Onwuegbusi, a 68-year-old widow, presented some of the letters of the meeting she initiated, including that signed by the leadership of Umunwana family of Umueri village, Ogbunike on May 17, 2006; another one written by a religious group, Wednesday Catholic Prayer Ministry (Onitsha) on October 11, 2005 and January 27, 2006 respectively inviting the family to reconcile the differences between George and Emenike, but according to her, they were fruitless.

She appealed to Governor Chukwuma Soludo; the Inspector General of Police, Usman Alkali Baba through the State Commissioner of Police, Echeng Echeng; President Muhammadu Buhari; women groups and non-governmental organisations to come to their rescue by uncovering and prosecuting those behind the vicious attack on the family , as well as assist in raising the five children who are currently under her custody.

Also speaking, some members of Ogbunike Daughters Association (Umuada Ogbunike), Mrs Nkechinyeru Nwoye and Ms Ogochukwu Okoye, described the incident as abomination, adding that they have mandated the local vigilante and their brothers (male folks of the kindred) to double efforts towards bringing justice to Emenike and his late wife.
On his part, the younger brother of the late Nkiru, Mr Chidiebele Okelue, said that Abba people would never rest until justice is assured, even as he pleaded with the government to expedite action towards resolving the impasse.

Enquiries revealed that the principal suspect in the matter, George Okoye has been arrested and currently in the police custody at the State Criminal Investigation Department (SCID), Awka.

However, the whereabouts of his wife, Mrs Uzonna Okoye, the twin daughters and son, Somtochukwu who are reportedly his accomplices in the crime was still unknown.

This development has been of great concern and worry to the Okelue family in Abba where the late Mrs Nkiru hailed from.

A family member, Ifeanyi who spoke to the reporter said that his people were becoming restive and impatient, stressing that they may take the law into their hands if nothing was done quickly to bring justice to their sister and in-law (Emenike) whose five teenage children have been left to suffer.

The Anambra State Police Public Relations Officer, PPRO Tochukwu Ikenga when contacted, confirmed that one suspect has been arrested over the matter while investigations is ongoing even as the police has spread its dragnet to arrest other members of the family fingered in the incident.

When the reporter spoke to another relative of the late Nkiru on Tuesday, he lamented that the case is losing momentum, accusing the police of not being diligent in their prosecution of the matter.

He also identified lack of funds as a major factor hindering everything in the matter, including the medical treatment of Mr Emenike.

“The case is still as it was. We are appealing to Civil Society Organisations to help us because as I’m talking to you now, the hospital where Emenike is receiving treatment is no longer providing services. They are demanding for money and we have exhausted all we have.

“The family are pleading to be allowed to take the man to another hospital where he would undergo further diagnosis and x-ray for better treatment, but they have been denied the opportunity. The hospital insisted they should pay off and go. Unfortunately, they raised only about N200,000 but the bill is still on the high side.
“The police on the other hand has not been helping matters. They are demanding for money for further actions like autopsy. But the man who has been helping the family with funds has given up saying that the police demands are too much. He is just a relative to them. So, he is now drawing back.

“We also got information that George’s wife and their children who were previously on the run, now come back every night to perform different rituals in their compound. The police are aware of their whereabouts, but refused to act because none is sponsoring them with money to carry on. This is the pathetic situation we’ve found ourselves,” he lamented. 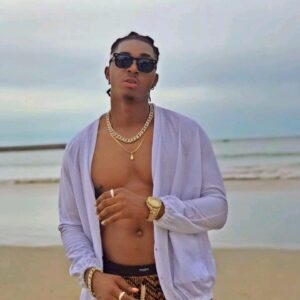 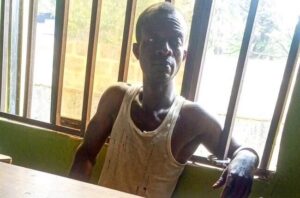