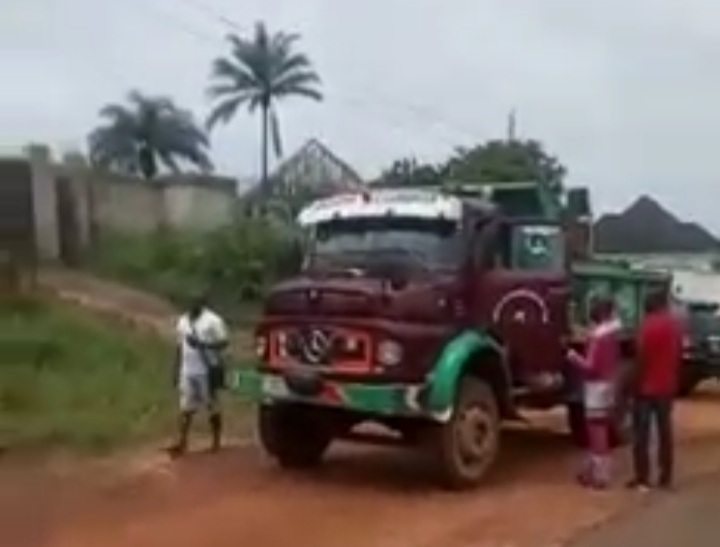 According to an eyewitness in a video being circulated over the social media, the Herdsmen abducted the bus driver and the tipper driver while shooting sporadically on the air to scare people away. The Herdsmen had also left behind the vehicles of their captives and whisked them away to an unknown location.

The eyewitness also stated that during the same operation, the Herdsmen equally abducted another person who owned a black highlander jeep.

The whereabout of the kidnapped victims is yet to be ascertained.