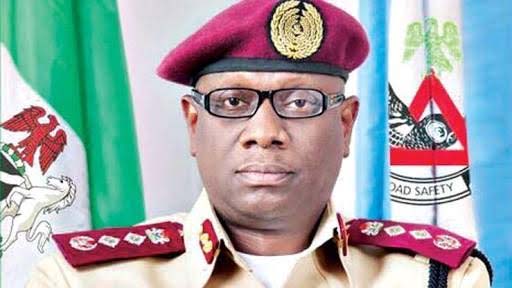 The Sector Commander of the Anambra Sector Command of the Federal Road Safety Corps, Adeoye Irelewuyi, says available records show that many people have died in road traffic crashes in the first quarter of 2022, ANAMBRA PEOPLE reports.

Irelewuyi, who stated this during a press conference in his office in Awka at the weekend, noted that although there has been 40 percent reduction in road traffic crashes between January and June this year when compared to last year, he was worried that fatality rate has increased drastically.

He said it was a very sad situation because if road traffic crashes were reducing and fatalities were increasing, the implication was that the fewer number of crashes occurred claimed more lives. This, according to him, was the remote reason corps were working to ensure that speed, which is a major factor in the circumstance is reduced reasonably.

He was of the opinion that impatience was another issue amongst road users in the state, especially within Awka and Onitsha metropolis; even as he pointed out that they have been engaging drivers to make them see the need to have a change of attitude.

Irelewuyi also informed that during the last visit of the Minister of Works to Anambra State, the supervising engineer handling the Second Niger Bridge project assured Nigerians that the bridge would be ready for public use before December this year.

He said that when the bridge was completed, it would reduce travel time and also reduce over speeding.

Although he said agency have got approval to establish outposts within Onitsha metropolis to help reduce traffic situations when the Second Niger Bridge is open for public use.