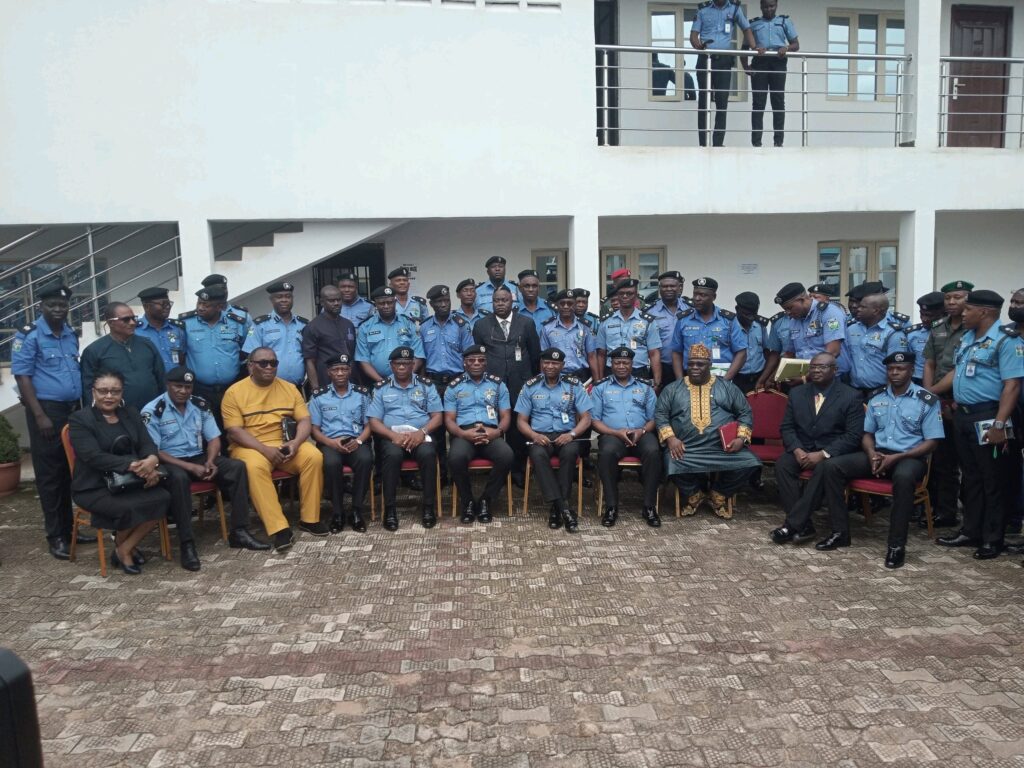 Anambra State Police Command yesterday took stock of its achievements in the state and declared that the state is now safe, ANAMBRA PEOPLE reports.

Anambra had since last year fallen under the grip of criminals, who were popularly known as unknown gunmen.

The criminals came close to stalling the governorship election in the state in November 2021, as most parts of the state were declared unsafe for political campaigns.

However, the state Police Commissioner, CP Echeng Echeng who addressed officers of the command at the state police headquarters in Awka on Thursday, during a visit of the Assistant Inspector General in charge of Zone 13 police command, AIG Umar Muri declared that the state is now safe.

Briefing Muri on the achievements of the command, Echeng said: “We have registered a lot of successes in the fight against criminals. Most of the successes wouldn’t have been possible without your (Muri’s) advice.

“Our security situation continues to improve everyday, and it will continue to improve day after day. Many of those criminals who were referred to as unknown gunmen have been arrested, many guns have been recovered and vehicles recovered and given to their owners.

“The unknown gunmen are now known. May I also seize this opportunity to tell you that the masterminds of the Okija attack on police has been picked up by police with three of his friend and are today giving us clues about their operations? We lost two men during that attack.

“The morale of our men have been restored. When we came on board, morale was low, but today morale is high and we are still building on it. we will continue, to ensure that our men will go about their job without being harassed by miscreants,” Echeng stated.

AIG Umar Muri who commended men and officers of the command on their efforts in fighting criminals, also commended their patriotism and untiring efforts in the ugly situation in the state while also reiterating the code of conduct for serving officers and men.

He said the zone was proud that Anambra State has curtailed criminal elements, adding that the IGP has made a lot of commitment to ensure the high morale of men of the force. He listed some of the strategies to include kitting of men of the force, prompt salaries, and renovation of four Police colleges and operational vehicles among others.

He said: “There are things we must take into cognisance in the discharge of our duties. We must sustain the fight against criminals and take the fight to their doorsteps

“We must shun unlawful arrests and meddling in civil cases, you must fish out and ensure punishment of policemen who fraternize with criminals, you can only use a firearm when the situation at hand is proportional to the use, and ensure justice and fairness prevail in all your dealings with members of the public at all times.”

To underscore the return of peace in the state, the command opened up access roads around the state police command to motorists and passersby.

Roads around the state police command’s headquarters in Awka had been shut to motorists, following attacks on various police facilities in the state.