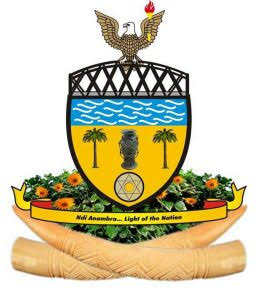 Governor Chukwuma Soludo of Anambra State has said that no fewer than 1,000 teachers in the State were relieved of their appointments because they were employed in a hazy manner, ANAMBRA PEOPLE reports.

Recall that some protesting teachers had, on Tuesday, barricaded the entrance of the Anambra State House of Assembly complex in Awka to seek the intervention of the House in their situation, while also claiming that they have not been paid since last year.

A reliable source in the Anambra State Ministry of Education confirmed to ANAMBRA PEOPLE that the governor was actually referring to the last recruitment of teachers which was compromised by some highly placed officials of the ministry in connivance with some relatives of the ex-governor.

Towards the end of governor Obiano’s tenure, a recruitment exercise was conducted for teachers by the Anambra State ministry of education and many names were shortlisted for the recruitment exam but the original list was jettisoned for a ‘special list’ sent in midway into the examination from the office of the then first lady. ANAMBRA PEOPLE gathered that the new list had names of candidates who paid as much as ₦300,000 for the employment omitting the names of the shortlisted candidates in the original list who did not pay but attended the exam having received text messages in that regard.  The source confirmed that the new governor was irked by the recruitment which did not follow due process and ordered for fresh recruitment.

Reacting to protest by the sacked teachers, the governor’s Chief Press Secretary, Mr. Chris Aburime stated that no qualified teacher was discharged by the Anambra government. According to a release by the Chief Press Secretary, “The attention of the Governor has been drawn to publications on protest by Parents/Teachers Association (PTA) teachers, purportedly converted to permanent staff in Anambra schools.

“The protesters, who barricaded the entrance of the State House of Assembly, displayed placards with various inscriptions, claiming to have been engaged by the State government before the termination of their jobs.

“For the avoidance of doubt, no qualified teacher in the State’s school system has been relieved of his/her appointment.

“The affected PTA teachers were “converted” to the school system in the last days of the last administration in irregular, hazy circumstances.

“They were only asked to regularise their employment with the government by taking part in the online teachers’ recruitment test.”

The Anambra government had advertised 5,000 vacancies in the Health and Education sectors, in which over 31,500 were shortlisted for Computer Based Test.

The examination is scheduled to be held on Saturday.