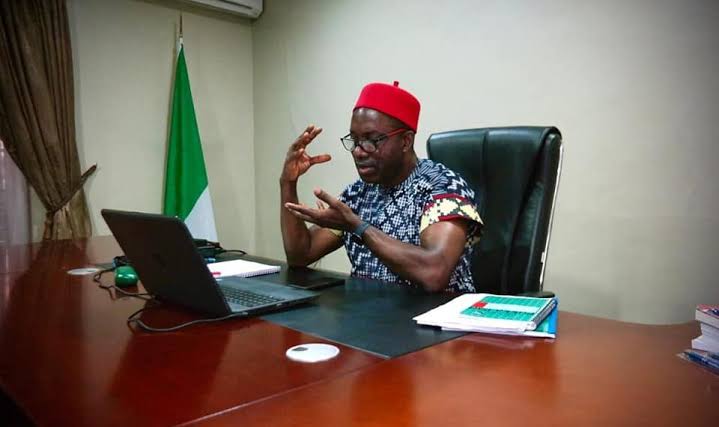 Anambra State Government has said that an improved security has been recorded in the state, especially in the eight Local Government Areas which were before lately terrorized by gunmen, ANAMBRA PEOPLE reports.

It said that it was currently winning the war against all forms of crime and criminality and that it would stop at nothing to ensure that residents of the state enjoy maximum security.

Commissioner for Homeland Affairs, Chief Chikodi Anara, stated this while defending the 2022 budget of his ministry before the state House of Assembly Committee on Police Affairs and Security Matters, at the Assembly complex in Awka.

Anara said the government, led by Prof. Chukwuma Soludo, has been taking strategic steps to chase away criminal elements from the state, saying that the security agencies in the state have been very supportive.

The commissioner praised the gallantry, commitment and achievements of security agencies in the state, adding that Soludo has also restructured, reinvigorated and re-equipped the Anambra Vigilance Group (AVG), to enable them take on the present and future challenges.

“The vigilantes are positioned in all parts of the state and are working day and night under the oversight of the security agencies, to ensure that Anambra resumes its status as the safest state in Nigeria, in no distant future,” he said.

Anara told residents of the state not to panic as the government got them fully covered.

He advised them to always report suspicious people and movements around them to the security agencies close to them for prompt action.

Chairman, House Committee on Police Affairs and Security Matters, Onyebuchi Offor, and his counterpart for Appropriation Committee, Obinna Emeneka, commended Soludo for his efforts to end insecurity in the state.