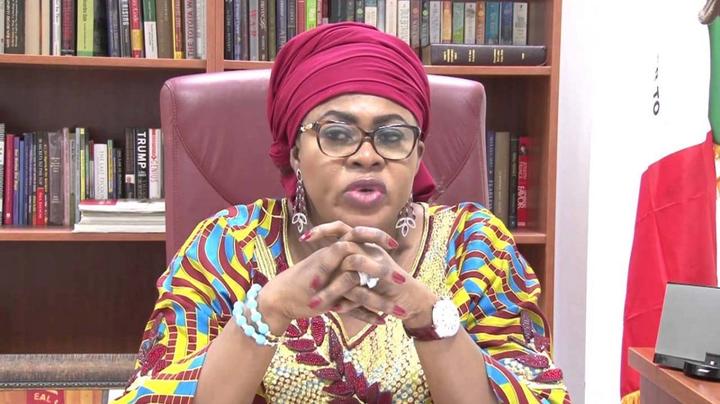 The Attorney General of the Federation, AGF, and Minister of Justice, Abubakar Malami, has at last finally issued a directive for the arraignment of a former Aviation Minister, Senator Stella Adaeze Oduah, in the N7.9 billion money laundering charges brought against her by the Federal Government, ANAMBRA PEOPLE reports.

The directive issued in a letter to the Federal High Court has therefore brought to an end the adjournments suffered by the arraignment for six consecutive times.

Oduah and other defendants in the alleged fraud trial were to have been docked since last year but was for six times put off following the request of the AGF to allow him study the case file and give legal opinion.

However, at Wednesday’s proceedings, the Economic and Financial Crimes Commission, EFCC, brought a letter before the court from Malami, asking that the Senator be formally docked on the alleged offences.

Mrs Odua, who was present in court along with her other eight co-defendants,was given February 13, 14, 15, 16 and 17, 2023, for arraignment and full scale accelerated trial.

Justice Inyang Edem Ekwo fixed the date following confirmation by parties that Malami, a Senior Advocate of Nigeria, actually issued the letter and copied them as required by law.

The EFCC, in the charges, alleged that Mrs Oduah misappropriated the N7.9 billion public funds while serving as a Minister under former President Goodluck Jonathan’s regime.

They are charged with conspiracy and money laundering, as well as maintaining anonymous bank accounts.