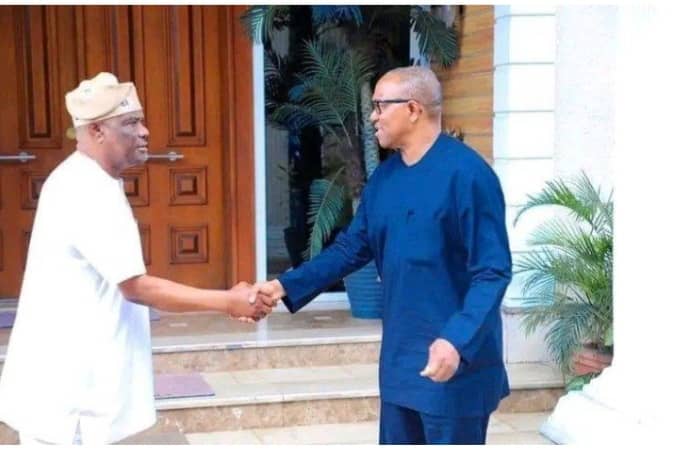 Wike is widely rumored to be plotting an exit from the People’s Democratic Party, PDP following his loss at the Party primaries and not emerging the running mate to Atiku Abubakar, the party’s 2023 presidential flag-bearer.

This meeting is coming amidst reports that Obi and his party are in talks with NNPP Presidential Candidate, Rabiu Kwankwaso over a possible merger. Political Analysts reveal that if the merger succeeds, it will create big problems for the ruling All Progressives Congress, APC, and the main opposition, Peoples Democratic Party, PDP.

It’s currently unclear the outcome of the meeting but it’s largely connected to the 2023 Presidential Elections.