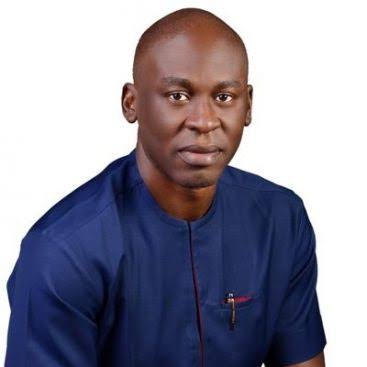 The former president of Transcorp PLC, Mr. Obinna Ufudo has donated a state of the art multi-purpose complex in his community, Nnobi, ANAMBRA PEOPLE reports.

The Sir Pius Ufudo Complex is the flagship project of the Sir Pius Ufudo Foundation, located at St Theresa’s Catholic Church, Nnobi. The massive complex contains a wide range of facilities, including a nursery and primary school equipped with a modern computer/ICT centre, the 400-seater Lady Caroline Nkemakonam Ufudo Multipurpose Hall, the Fred Uchenna Udeajah Memorial Library, a children’s playground, and office facilities for the parish priest, catechist and teachers. The handover ceremony, which was held on Tuesday, April 19, 2022, began with a Holy Mass presided over by the Episcopal Vicar of Onitsha Archdiocese, Very Rev Fr Johnbosco Ezika, who represented the Catholic Archbishop of Onitsha, Most Rev Dr Valerian Okeke.

In his sermon, Rev Fr Celestine Umeh thanked God for the gift of the Ufudo family, recalling how Late Sir Pius Ufudo was a significant benefactor of St Theresa, Nnobi during his lifetime. He went on to pray for God’s continued blessing on the family.

While making a brief remark, Mr Obinna Ufudo, the Chairman of the Sir Pius Ufudo Foundation, thanked everyone who spared their time to grace the occasion.

Ufudo also announced that the foundation has set up an initial N50 million endowment fund that will be used to run the facility and fund scholarship schemes for select students, expressing his gratitude to those who contributed to the fund.

Ufudo, a Nigerian business mogul who is a former President and Group CEO of Transcorp Plc, recounted how his late father, Sir Pius Ufudo, always wanted to bring quality education to their hometown, Nnobi and stated his satisfaction at fulfilling that dream. He specially thanked his mother, Mrs Caroline Nkem Ufudo, who was present at the event, for all her efforts to ensure that the project was never abandoned even in the face of harsh economic conditions prevalent in the country in recent times.

While speaking to journalists on the sidelines of the event, Mr Ozigbo spoke glowingly of his bosom friend with whom he shares a long history, Obinna Ufudo.

Others are Hon Chukwuka Onyema, the lawmaker representing Ogbaru Federal Constituency at the Federal House of Representatives; Hon Obinna Chidoka, the legislator representing Idemili North/Idemili South at the Federal House of Representatives; Mr Tobe Okigbo, the Executive Director of MTN; Mr Nonso Okpala, the Group Managing Director/CEO of VFD Group; Hon Chuka Ezenwune, a member of the Anambra State House of Assembly; Chief Benson Oraelosi, an in-law to the Ufudos, Hon Don Unachukwu, among others.