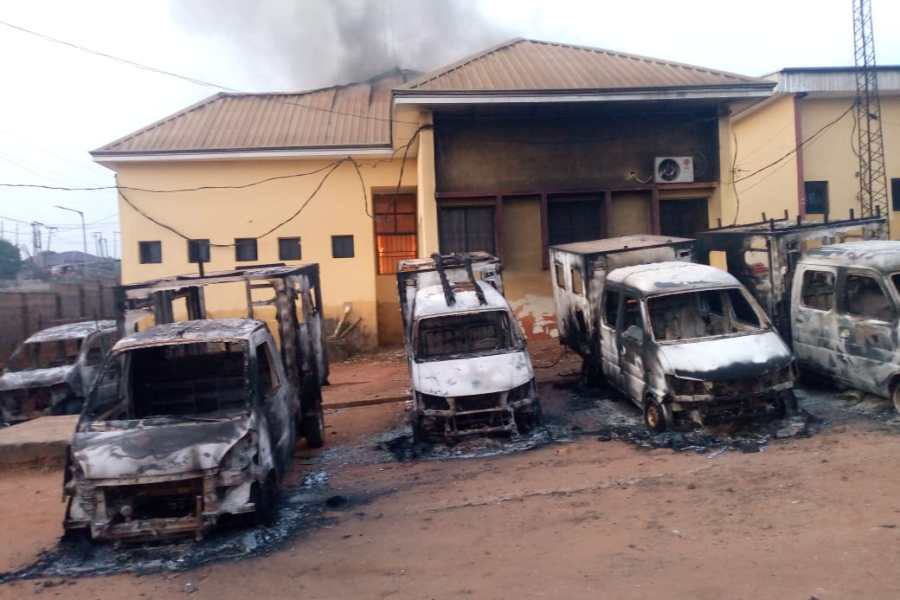 Suspected arsonists have burnt down Idemili North Local Government secretariat in Ogidi and a Magistrate Court in the area.

Sources said the arsonists entered the premises on Sunday night to perpetuate the act, burning down all files, properties in the secretariat, including the secretariat building.

Videos and pictures circulating online showed that the entire buildings were reduced to rubbles, while vehicles parked inside the Local Government secretariat were also burnt to ashes.

Also ,it was the same story in Onitsha when some group of unknown Gunmen engaged soldiers in a shootout at the housing gate army Check Point around 10pm Sunday night.

The State Police Command has also confirmed the development, attributing it to unidentified arsonists.

DSP Toochukwu Ikenga, the spokesperson of the State Police Command said: “Yes, the incident was confirmed, and our men were there to restore normalcy.

“Right now, the fire has been put off, and calm has been restored to the area,” Ikenga .