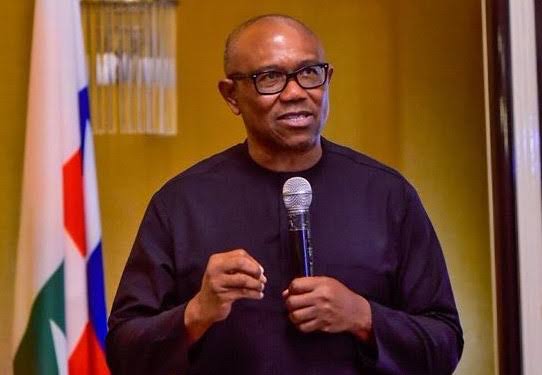 The Labour Party (LP) presidential candidate, Peter Obi has opined that he cannot embezzle public funds because God has blessed him more than enough.
ANAMBRA PEOPLE reports that the former Governor of Anambra State made this known in a recent event while speaking to some Nigerians in the diaspora.
In a video sighted online, Obi placed a curse on himself if had ever taken a public fund that does not belong to him.

According to him, he was at a public event where the American President, Joe Biden said he was worth $8.9 million.

However, someone like him from a third-world country is richer than Biden hence questioning why he should steal public funds.

The LP flagbearer added that he was actually not in the race for a private jet, sophisticated house, or eager to own a house in America

1 thought on “I’m Worth More than $8 Million, Richer than American President- Peter Obi”