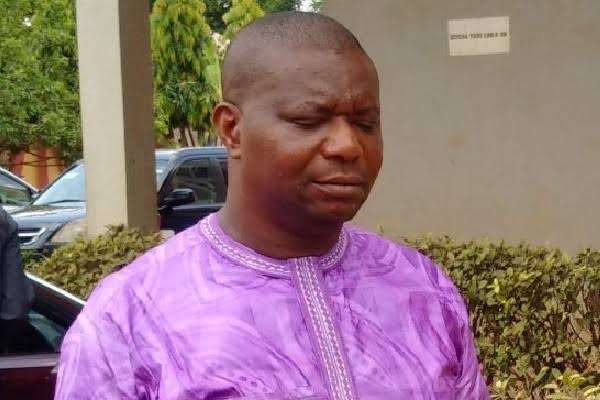 The suspended Transition Committee Chairman of Nnewi North Local Government Area, Hon. Mbazulike Iloka, generally known as Mba Mba, who was accused of killing his wife in a case of domestic violence gone bad, has been arrested, ANAMBRA PEOPLE reports.

A source confirmed that Mba Mba is currently being detained at the State Criminal Investigation Department (SCID) Awka, Anambra State, under charges of culpable homicide.

His arrest, it was gathered, was consequent upon a petition by the Human Rights Writers Association of Nigeria, (HURIWA) on Monday addressed to the Inspector-General of Police Usman Alkali Baba at the Nigeria Police Force Headquarters.

Mba Mba had claimed that the deceased slumped and died on the fateful day while serving him food.

Source, however, alleged that his culpability over the death of his wife is not unconnected with his routine bashing of his wife before her death.

Police sources said they had commenced investigation into the matter.