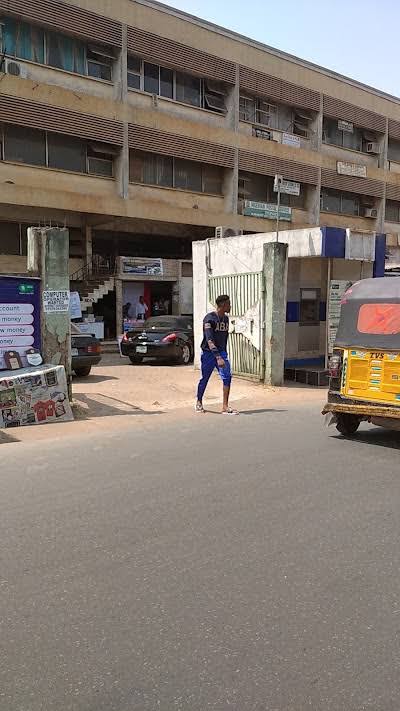 The area where the post office is situated is the heartbeat of the commercial town as major cyber cafes, artisans among other business ventures are located in the vicinity.

Opposite the post office is a popular newsstand where all the major local and national newspapers are distributed.

The area never lacks the presence of citizens as people, mostly the unemployed and idle hands converge in their large numbers to discuss trending issues. This makes Onitsha General Post Office a very busy site to behold.

However, the sad thing about the Federal Government institution, which was built in the 1970’s under a contract awarded to Late Sir Joe Nwankwu’s construction firm, is that the pride of its old self has eroded the edifice.

The level of neglect of the edifice is regrettable! The challenge of modern technology innovation in the communication sector has further diminished the value and attention the post office deserves.

The post office, which earlier shared the same environment with NITEL under the defunct Post and Telegram (P&T) has many offices as lawyers’ chambers and other business outfits are readily sighted at the gigantic building.

The painting is fast fading away with cracks on the walls of the gigantic building, while shanties and makeshift shops have taken over the entire vicinity.