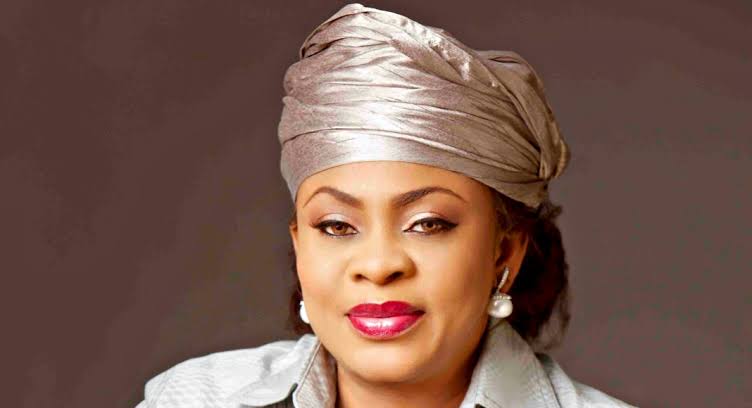 A Senator Stella Odua Abandons Claims Of Having Degrees, NYSC Cert,Submits SSCE Commission (INEC) in 2022 from the one submitted in 2018, ANAMBRA PEOPLE reports.

From the latest affidavit submitted by Oduah to INEC on June 24, 2022, the senator who had claimed to have degrees and the National Youth Service Corps certificate, submitted a senior secondary school leaving certificate with only two passes.

The National Youth Service Corps had disclosed that Senator Oduah, representing Anambra North in the National Assembly, did not complete the mandatory one-year NYSC programme.

This was disclosed in a letter, marked NYSC/DHQ/PPRU/783/Vol III.

The letter was in response to an inquiry made by a group known as the Concerned Anambra North PDP Stakeholders.

The group had written to the NYSC, alleging that some officials of the agency colluded with Oduah to bury the truth.

The NYSC responded through a letter by the Director-General of the programme, which was signed on his behalf by the Director of Press and Public Relations.
The agency said Oduah commenced her NYSC programme in 1982 but absconded.

Oduah swiftly reacted in the letter addressed to the Director-General, NYSC and titled, “48 Hours Notice to Retract Your Statement as Contained in Your Letter Dated 24th May 2022 Ref No. NYSC/DHQ/PPRU/783/VOL 111”.

In the letter signed by Ezennia Nonso Chukwudebe, Director, Media and Publicity for Oduah, the senator described the statement made by the NYSC as reckless.

She gave NYSC “48 hours to retract your statement failing which legal actions shall be commenced against you.”

Meanwhile, in a signed affidavit Oduah submitted to INEC on October 18, 2018, ahead of the 2019 general elections, obtained by SaharaReporters on Sunday, the lawmaker claimed she has a BSc in Business Administration and attended St. Paul’s College Lawrenceville, Virginia, USA from 1978-1982.

In the document, she noted that she attended St John’s Primary School, Odoakpu, Onitsha, Anambra from 1969 – 1973 and Zixton Secondary School, Ozubulu, Anambra State from 1973 -1978.

But in the recent affidavit in support of personal particulars submitted to the electoral body, INEC, on June 14, 2022, Oduah has carefully abandoned claims that she has a BSc in Business Administration and attended St. Paul’s College Lawrenceville, Virginia, USA from 1978-1982.

The lawmaker only claimed she attended primary and secondary schools, obtaining just FSLC (First School Leaving Certificate) and GCE (General Certificate of Education) in 1973 and 1978 respectively.

A chieftain of the Peoples Democratic Party, Prince Casmir I. Ajulu, had called on Oduah to withdraw from the 2023 senatorial race following the certificate forgery allegation against her.

Ajulu, who is a founding member and convener of PDP in Oyi Local Government Area of Anambra State asked Oduah to emulate former Minister of Finance, Kemi Adeosun.

Adeosun resigned in 2018 after the allegation that she tendered a forged National Youth Service Corps (NYSC) exemption certificate as part of her credentials.

SaharaReporters had reported that the lawmaker representing Anambra North Senatorial zone did not complete her National Youth Service.

The Director-General of the NYSC had said though Oduah was mobilised for the national service in 1982/83 and deployed to Lagos State, she absconded after the orientation and never completed the service.

In a statement obtained by SaharaReporters, Ajulu said all relevant documents of the Senator would be forwarded to the National Working Committee of the PDP together with an affidavit verifying the facts contained therein for necessary action.

“By the extant provision of the law, she is estopped from occupying any public office having not participated or obtained exemption letter from the NYSC and having deposed affidavit to the effect that she graduated from a foreign higher Institution with B.Sc. (Business Administration).”