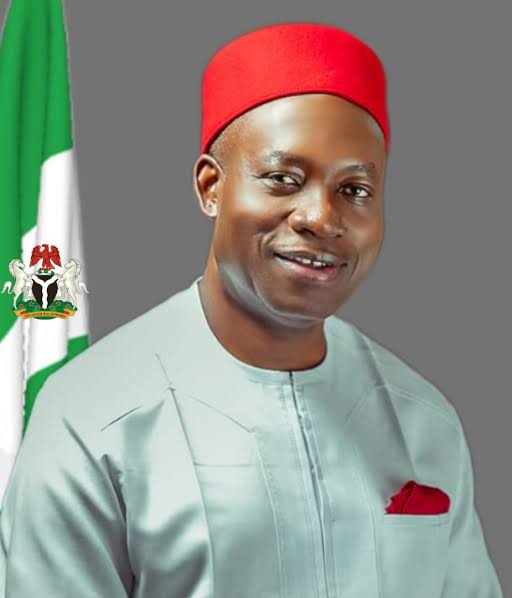 As the 6th democratically elected governor of Anambra State, Professor Chukwuma Charles Soludo, CFR, has literally brought governance from its high horse to the down-trodden. Within a short period of four months the people of Anambra State are feeling the positive impacts of Soludo’s people’s oriented government

36: Last-Mile High-speed fiber optic internet provision; In line with the Manifesto of providing high speed broadband, the State is in final negotiations with a PPP partner which would ensure a dig-once policy and the laying of fiber-optic cable in ducts. This project will attract thousands of direct and indirect jobs, as well as help launch Anambra fully into the global economy.

37: Public WiFi Proof of Concept; the concept and proposal for a public Wi-Fi for the state is being finalized and upon deployment would ensure that select Public areas would be powered with Wifi.

40: NITDA’s Planned Innovation Centre; the National Information Technology Development Agency ( NITDA) has expressed interest in launching an Innovation Centre in Awka – the First of its kind in the South Eastern Part of the Country. Land will be allocated for the project shortly.

GovTech preliminary strategy; The state participated in a World Bank subnational Government GovTech Maturity Index survey and based on the preliminary results of this survey and the baseline study, the state has designed a first draft gov-tech strategy which advises the government on the relevant infrastructure to put in place, for a transition to e-government.

51: Ongoing Massive recruitment of health workers in our General hospitals

63.New Digital structure would ensure long term and user friendly channels and we have commenced pilot schemes on the use of POS , USSD, Web and App channels and the payments into Banks and Bank ordered agents which ensures that those within the informal sector especially, can make payments seamlessly.

b. De-silted over one kilometre of drainage preventing the impending flood that faced the residents of Okpoko and environs.

c. Revised and launched a framework for the collection and evacuation of solid waste within our state, and selected waste management contractors for the 31 zones specified in the State.

UNDP/UN System is back to Anambra and an office space has been given to them with other logistics support to enhance their functionality.

Ongoing Development of Economic and Social Database with the Statistical Office

Establishment and inauguration of the Truth, Justice and Peace Committee to investigate the remote and immediate causes of the agitation and violence in Anambra/South East; seek a restorative justice approach for truth-telling or real facts; for the healing of the victims of the violence, accounting for responsibility and accountability of the actors, conditional mercy for the repentant perpetrators, restitution for certain losses and rehabilitation of the perpetrators, for the overall aim of restoration of peace and justice as well as the promotion of development in the State/region.

Declared zero tolerance for touting (Agbero) which has endeared the government to transport owners, operators and stake holders. More programmes and projects will be unveiled in due course particularly to retrain and empower the former touts.

Citizen participation has been emboldened. We have created an avenue for connecting with the people by the provision of seven phone lines for citizens to reach the security managers of the state. There is a flood of actionable intelligence and the security forces are prompt with response.

Declaration of 6 p.m. to 6 a.m curfew on motorcycles (okada), tricycles (keke), and shuttle buses in 8 Local Government areas is a short term security measure that will be lifted in no distant time.

Work is ongoing to restructure and strengthen the community security architecture and deployment of technology in security.

Declaration of emergency on traffic management and the Anambra Road Traffic Management Agency (ARTMA) is being strengthened to deliver.