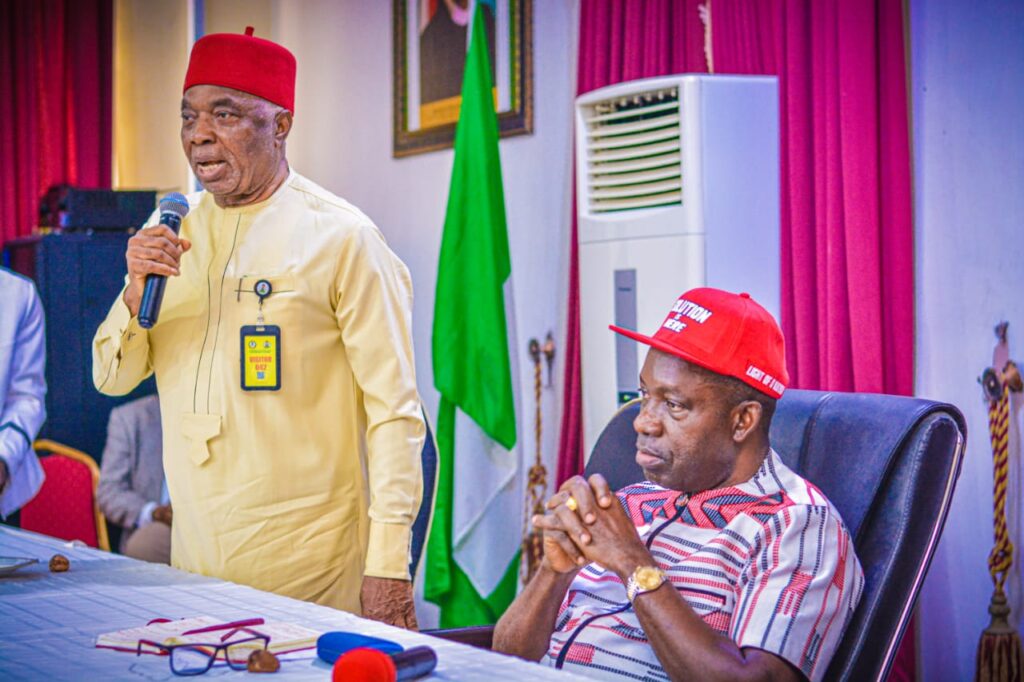 Prof Chukwuma Charles Soludo, Anambra State Governor on Sunday, May 22, 2022 met with the political aspirants of the All Progressives Grand Alliance (APGA). The meeting was held at the Governor’s Lodge, Amawbia.

Addressing the aspirants, Governor Soludo expressed his gratitude for their support during his gubernatorial campaign. The Governor congratulated them for successfully participating in and passing through the screening exercise of the party.

While stating that APGA as political party remain one big family, Governor Soludo expressed optimism that the party will win convincingly at the forthcoming elections; both at the State House of Assembly, House of Representatives and the Senate elections respectively. He reiterated that his aim is to help build APGA as a strong political party, founded on the strong philosophy of true federalism and devolution of power and pointed out that those who used APGA as a mercenary platform to get into office would have to be patient when they return back to the party until it gets to their turn.

He further stressed on the need to build a political party of ‘believers” anchored on the concept of ‘fidelity’ into the party and thanked them for volunteering to serve the good people of Anambra State, while wishing them well. He however, lamented the loss of the member representing Aguata Constituency II at the State House of Assembly, Hon. Okechukwu Okoye, who was gruesomely murdered alongside his aide, Cyril Chiegboka by some criminal elements. He assured that the perpetrators of the dastardly act will be arrested and made to face the full wrath of the law.

Professor Soludo emphasised that the security challenges confronting the State are being perpetrated by criminals who have now engaged in kidnapping, killing and other manner of criminalities as a lucrative enterprise, a far departure from any form of political agitations. The Governor stressed that the battle line has been drawn, adding that no place in Anambra State will be safe for criminals to operate as the government is putting stringent measures in place with security agencies to tackle the situation headlong and restore peace and order to the State.