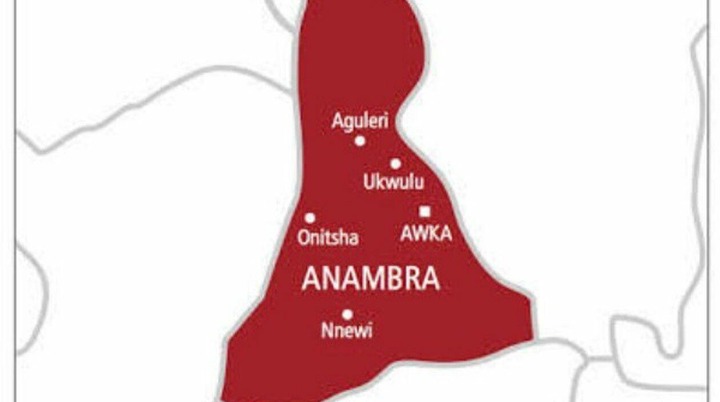 The first half of 2022 has been eventful in Anambra. In politics, where it relates to high profile deaths, sports personalities, Nollywood actors, musicians and songs that became very catchy; these are some of Anambra People who became sensation in the last six months as compiled by ANAMBRA PEOPLE;

Charles Soludo: is currently the governor of Anambra state. He was elected late last year in a keenly contested election. He sustained the popularity he enjoyed during the election into 2022. Again, the buildup to his swearing-in, coupled with a lot of pronouncements he made kept him in the news on daily basis. Most of his policies as governor like the demolition of buildings on waterway, new tax regime, promotion of made in Anambra products has continued to put him in the limelight. There is no day you open a newspaper or social media platforms without seeing something about him.

Peter Obi: the ex-governor of Anambra state is one of the most popular persons in the country and Anambra presently. He had been in the limelight even after his tenure as the governor of the state for his prudent management of the state resources. Being a person who is into brand management, he understands the power of media how to seize the moment. Since his declaration to run for the highest office in the country, Peter Obi has become a sensation. His birthday recently has been adjudged the most celebrated by any politician in the country yet he did not spend a dime. Today, he enjoys cult followership which cuts across age and gender.

Chris Ngige: is the current minister of labour and productivity. Ngige is one of the most visible ministers because of the constant feud between the federal government and labor unions in the country. He is often the arrow head of negotiations between the parties and always at the receiving end of their tantrums. Ngige was also in the news prior to APC primary election when he coughed out 100 million naira to purchase the party’s presidential nomination form at a time when the university workers were on strike and still made a volte face. There is hardly any week in Nigeria since January without news about Sen. Chris Ngige.

Uche Ekwunife: is a darling of the women folk. She is a senator representing Anambra Central in the Senate. Uche’s popularity is attributed to her philanthropy, her robust representation at the national assembly and her massive constituency projects. She is all season and there is never a time Uche is not in the news commissioning one project or the other, paying courtesy call, on the spot assessment visits, etc. In the just concluded PDP primaries, she was the only aspirant that was never challenged in her party and this received a lot of applaud. This is also not excluding the fact that she is the most popular female politician in the state.

Chimamanda Adichie: has become the most celebrated Igbo woman today. Since January, she has continued to be in the news delivering one lecture or the other. In terms of public speaking across the globe, there is no Anambra person who can rival her record in the last six months. She has been in almost all the continents in the world giving speeches and receiving honorary degrees. Her recent article about the Catholic Church caused a lot of ripples. Chimamanda’s birthday message to Peter Obi few days ago has remained the most read treatise on the presidential candidate since he declared for the position.

Bianca Ojukwu: the widow of the late Biafran warlord, Chukuemeka Odumegwu Ojukwu is among the most popular Anambra People in the last six months. The interest about her came about when she slapped Ebelechukwu Obiano, the wife of immediate past Governor of Anambra State, Willie Obiano. The slap has become a national allusion for other slaps that followed. She was also made the Chairman of Anambra Truth and Reconciliation Commission by Governor Chukwuma Soludo to help douse tension brought about by activities of disparate groups in the state. The appointment received wide acceptance.

Yul Edochie: has always been in the limelight but his recent second marriage caused a lot of ripples on social media. Yul himself had to admit that he had never been this trolled in his life and added that even his presidential ambition did not receive such publicity.

Emeka Okonkwo: popularly known as E-Money needs no introduction. He has carved a niche for himself in social media were he enjoys massive followership particularly on Instagram where he has over 10 million followers. His stylish display of his affluence captivates his fans and they are always on the lookout for his updates and giveaways. His 40th birthday bash this year took about 2 months to fizzle out in the media. In January this year, he received award as the Most Influential Person of the Year in Anambra State. He was also appointed NDLEA ambassador recently.

Obinna Iyiegbu: is a philanthropist and an entertainment mogul. Since the lavish burial ceremony of his mother last year at their hometown, Oba, he has continued to be on the news and has equally become brand ambassador and promoter to many businesses. The unveiling of Odogwu Bitters, one of the brands he promotes further brought him to limelight early this year. He has continued to make waves in the news with the milestones he has continued to achieve. He recently announced intentions to build Abuja Smart City Estate and golf course and paid visit to the governor of Anambra state, Prof Chukwuma Soludo, indicating interest to start some hospitality project around Ogbunike cave. All these have received encomium from Anambra people.

Chukwudozie Nwangwu: also known as ‘’akwa okuko tiwara Aki’’ which is translated as the egg that broke the palm nut. A name which he earned by performing a wonder when he crushed about 24 palm nuts with poultry egg. Akwa, an acclaimed celebrity native doctor enjoys the patronage of the elites in the state and has always been on the news for his spiritual and magical prowess which he claims made it possible for him to be able to attract riches for young men.

Chukwuemeka Ohanaemere (Odumeje) is a pastor, comedian, and musician who call himself “the liquid metal, “the fight, the lion, the Indaboski Bahose. He is undoubtedly one of the most talked-about and most controversial spiritual figures in Nigeria today. He is regarded more as an entertainer than a pastor. He was also on the news during the demolition of some portion of his church building which blocked a water way. His harassment by one of the task force member went viral and was widely condemned.

Oby Ezekwesili: she has always been on the limelight by lending her voice on the state of the nation on different platforms. She became more poular in the last couple of months when she named the head of Soludo’s transition committee. Her performance in the committee alongside the report she presented to Prof. Soludo made her quite outstanding and popular. People were eager to know the content of the report.

Victor Umeh: is an ex-APGA chieftain who is famous for his signature long red cap and his eloquence. The aftermath of the APGA primaries which saw him defeated by Hon. Dozie Nwankwo by a narrow margin shocked many political observers. The defeat made him move to labour Party where he reconciled with Mr. Peter Obi, a move many never anticipated. He is a partaker of some chunk of Peter Obi’s popularity.