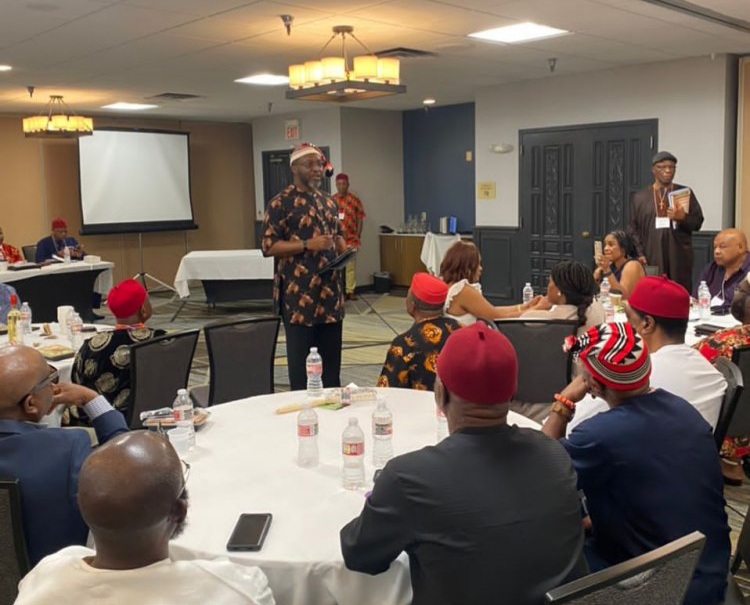 Former Nigeria Minister of Aviation, Chief Osita Chidoka has called on Ndị Igbo to unite and develop a regional approach to development, as nothing inhibits such in the Nigerian Constitution, ANAMBRA PEOPLE reports.

Chief Chidoka gave the advice while speaking at the World Igbo Congress which held over the weekend at Austin Texas, USA.

Speaking on the topic “We Have the Power to Change Our Destiny”, Chief Chidoka who compared the 1963 Nigerian Constitution’s exclusive list which had 45 items and the 1999 Nigerian Constitution’s exclusive list which has 68 items, concluded that the latter does not inhibit any state or group of states from unlocking its potentials.

“Restructuring Nigeria is a good idea, but delivering public goods to citizens now is a necessity,” he said.

He therefore called on the Southeast to rise and engage the rest of the country, as any presidential candidate will need to win in four zones to emerge victorious in Nigeria.

“Without the votes of at least four zones, a presidential quest will be difficult if not impossible. President Muhammadu Buhari tried three times with Northern votes without success. He got it when he worked with a national platform that delivered one zone of the South and decisive win in the middle belt states,” he said.

Earlier, Obi of Onitsha Igwe Alfred Achebe, in his address, called on Ndi Igbo to think beyond the Southeast in defining Ala Igbo. He traced the challenges facing Ndi Igbo in Nigeria and recommended increased political consciousness, peaceful coexistence with our neighbors and host communities and renewed commitment to investment in Igbo land.

The World Igbo Congress, Inc. (WIC) is a nonprofit corporation registered with the secretary of state of the State of Texas. The Congress operations cover all aspects of youth, community and infrastructural development. WIC connects Ndi Igbo to the world through partnerships at all levels.