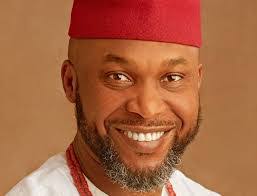 I saw the video of the attack on INEC staff and the killing of one of them by hooded armed men. The voice-over announced the date and repeated no more elections in the South East. The attack saddened me, as my heart went out to the dead and the kidnapped. Even the Christian week of lent was not a deterrent in a profoundly Christian community like Igboland. I condemn the attack.

Again, I appeal to the unknown gunmen to stop the killings. The strategy of armed insurrection to achieve a political end is not a successful method. We can draw lessons from global examples.

The Spanish ETA, the armed group seeking separation of the Basque Region, ended the violent agitation in 2011. Ten years after ending the violence, families of victims of their violence are still protesting, and some have carried out reprisal attacks.

From 1968 to 2010, ETA killed 829 people and injured thousands more in its fight for an independent Basque Country. There is still pain and bitterness for those killed, mainly the civilians. The ETA focused its attacks on Police stations, military formation and infrastructure.

The leadership of ETA in 2021 apologised in a reported statement “Basque separatist politicians on Monday expressed “sorrow and pain” over the violence perpetrated by the ETA terror group in its quest for independence from Spain.”

Support for Basque separation dropped during the armed struggle era as many Basque people opposed the violence. Today, years after the end of violence and the formation of a political party to press for separation, support for a break has risen in the region.

FARC, the Revolutionary Armed Forces of Colombia (Farc, after the initials in Spanish), was Colombia’s largest rebel group. Founded in 1964 as the armed wing of the Communist Party and follow a Marxist-Leninist ideology.

They fought for decades, attacking government institutions, Police and military formations and blowing up pipelines and bridges. They kidnapped and extorted local communities to raise funds, while engaging in drug trafficking to fund operations.

After many years of negotiations and failed ceasefires, the FARC surrendered their weapons in 2016 and 2017 under a UN-supervised process. FARC has metamorphosed into a political party with some unelected seats in the Parliament.

Again, some of the issues plaguing the peace process are reprisals from victims’ families and civic groups campaigning for justice for victims.

The Good Friday Agreement in 1998, ended the violence in Northern Ireland after decades of conflict between the late 1960s and the late 1990s that killed more than 3,500 people. The agreement led to IRA, the militant group announcing the end of violence and decommissioned its weapons. The political process arising from the Agreement has led to stability and peace in the region despite hiccups.

Back home the Niger Delta militancy ended in an amnesty program.

Lesson: Resorting to armed violence in Igboland will create bad blood, internal conflict and reduce support for whatever the agitators are pushing for. Families of victims will not forget or forgive easily. Criminal elements will use the opportunity to kidnap and extort, creating a climate of fear, repression and the significant exodus of businesses and people.

ETA, FARC, IRA all eventually joined the political process. Stopping elections is a wrong strategy as a referendum will require electoral infrastructure.

I appeal for peace. We can organise, protest, demand for referendum for Biafra or restructuring without resorting to violence.

Like Ezeulu in Chinua Achebe’s Arrow of God, who warned the people of Umuaro against war with Okperi, I ask for a rethink of the violent route. Nwaka, the orator, riled the people, telling them what they wanted to hear by calling for war. The war ended against Umuaro, and the people agreed that Ekwensu’s hand was in it.

Igbo value of sanctity and respect of ndu (life), which we captured with the name Ndubuisi, should not be forgotten as we struggle for a better life.

I beg for peace.