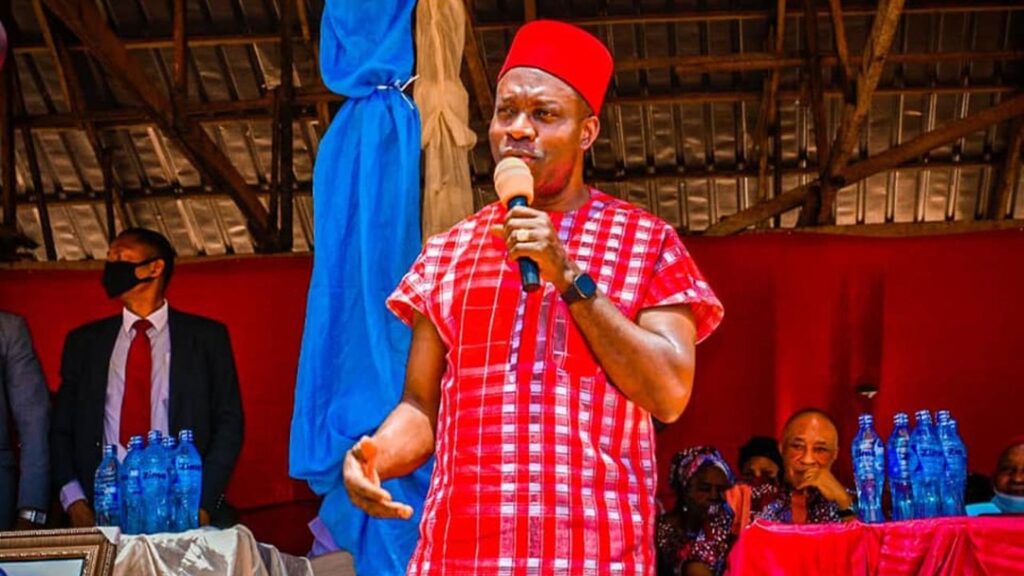 Anambra State Governor, Professor Chukwuma Soludo has reassured residents that his administration will continue to play the leading role to secure the State, ANAMBRA PEOPLE reports.

Prof. Soludo who spoke at a town hall meeting with traditional rulers, presidents-general, women leaders and community youth leaders, confirmed that his administration is working on re-organising the local vigilante for intelligence gathering and tackling the culture of silence, thereby, giving more impetus to community participation.

The event was held at the Professor Dora Akunyili Women’s Development Center, Awka, where the Governor pointed out that the state government is pressing ahead with the vision of making Anambra the most secure and prosperous commercial centre in Nigeria.

Governor Soludo said his administration remains resolute in its quest to enhance peace and security, with support and partnership with people of the State, especially community leaders.

According to him, his administration is committed to programmes, policies and projects targeted at socio-economic development, creation of job opportunities, prosperity and the sustenance of hope in the hearts and lives of people in the state.

Making a presentation and sharing ‘before and after’ pictures of various dump sites which hitherto blocked access roads, the Deputy Governor, Dr Onyekachukwu Ibezim recapped the vision of the present administration to restoring a livable environment.

Deputy Governor Ibezim who called for concerted efforts by all, stated that the intervention committee set up by the governor was given three months to deliver on the mandate within which it was expected to put structure in place that will ensure that the waste evacuation is a daily routine, tinker ways to convert waste to wealth as a means of employment and added that investors are already expressing interest in that regard.

Earlier, the Commissioner for Local Government and Chieftancy Matters, Mr Collins Nwabunwanne stated that the engagement will be periodic, in a bid to working to ensure that everywhere is safe, urging stakeholders to help secure government facilities in their locations.

1 thought on “We Will Make Security Community Based- Soludo”