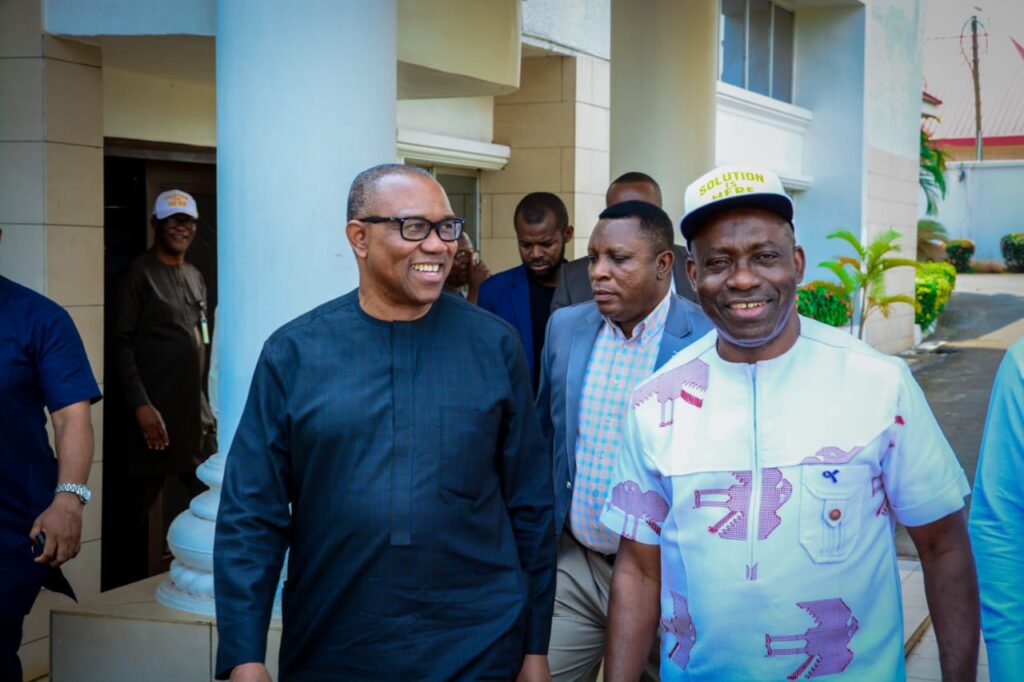 A closed door private meeting was held between the duo at the Governor’s Lodge, Amawbia.

Addressing the press shortly after the meeting, Governor Soludo said that he played host to Mr. Pater Obi as an Anambra indigene.

Professor Soludo reiterated that as Governor of the state, he serves Ndi Anambra irrespective of religious, social or political stratification.

“It’s a private visit and private conversation. He is a former Governor of Anambra State under the All Progressives Grand Alliance and so, you know he is the Presidential candidate of the Labour Party and so he stopped by on a courtesy call to intimate me of his ambition and candidature under Labour party”.

The Governor said that they felicitated and had some frank conversations, describing Obi as a friend and a brother.

Said the Governor, “he is a friend and a brother and of course, he happened to be one of the two major candidates from Anambra State”.

“He is of the Labour party and then there is the Professor Peter Umeadi who is the Presidential candidate of APGA. The two of them are from Anambra State and I wished them the very best of luck. We are all going to campaign freely and so on and Nigerians will make their choice. So, the details of our conversations is private”.

Prof Soludo concluded that as the Governor of Anambra state, he can only wish anyone from Anambra state running for any office the best of luck.

On his part, Mr Peter Obi, while commending Governor Soludo, expressed strong confidence in his ability to succeed as the Governor of Anambra state.

“I’ve seen him, we exchange talks. I trust him to work in Anambra state and succeed”. Obi said.