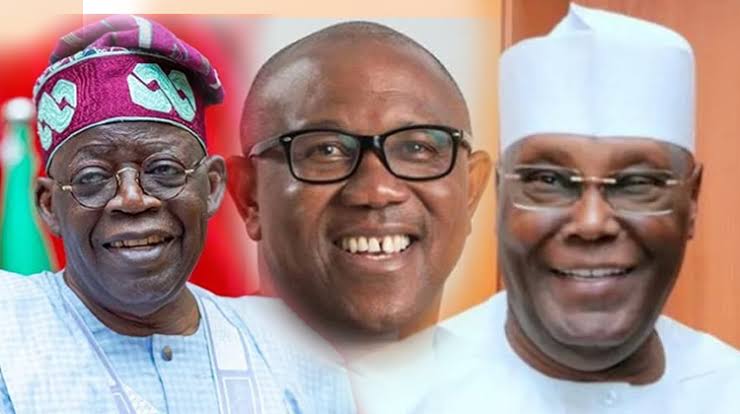 What a shameful week it was for Atiku Abubakar and Bola Ahmed Tinubu, the Presidential candidates of the Peoples Democratic Party, and the All Progressives Congress, respectively. Pundits who have predicted that 2023 polls, especially the Presidential election will be like no other, may not be far from the truth. Ahead of the polls, the things that will set it apart from previous ones, in particular, the bad and the ugly are manifesting thick and fast before our very eyes. The ethnic card already exhibited by Atiku and Tinubu on the campaign hustings, has exposed Nigeria’s fault lines.

Both men have intensified their desperation to get to the presidency as if it is a prize to be won rather than a duty to be done. It is not in doubt that the two presidential candidates have done so much to promote hatred and division among Nigerians even when the campaigns have not started in full flight. Their deceptions, ruse, wiles, shams, outright lies, gaffes, sways and misrepresentation of facts are clear to every discerning mind. This is something to worry about. And this is where both men have lost me. They have shown an absence of leadership and a gross absence of what our country is, and where it ought to be.  As I watch these men speak, Tinubu the worst of both, it shocks me as much as anything else that has come from those who aspire to lead this country. From what one has seen from these desperate men in their campaign trail, the verbal swipes, the intemperate language, my resentment mounts almost to a breaking point what will happen to Nigeria if any of them wins the presidential election next year.  From what we have heard from both men, this much is clear: it’s the final lunges of two desperate politicians who are acutely aware that this election is their swan song. As a popular quote in professional basketball goes, “when you are behind in the fourth quarter of the game and you have the ball with time running out on the clock, there’s only one thing you can do: Throw the bomb”.

We know Atiku and Tinubu are desperate to make an impact in the coming presidential election, and as a result, will pull some last-minute ploy to woo voters. What we didn’t know until now was the extent the fire of their desperation would be. This is one of the reasons. None of them factored in the Peter Obi in their original campaign strategy.  But Obi-Datti emergence came to them like the force of an elephant into the political equation. It shocked them. It has become a disruptive phenomenal to their strategy. That’s why you are seeing tensions, gaffes on both camps of Atiku and Tinubu.

The recent interactive session organised by Arewa Joint Committee at Arewa House, Kaduna, exposed their their ethnic underbelly and unsuitability to the high office of the Presidency. Asked about his take on Climate Change and what he would do if he became President, Tinubu described Climate Change thus: “how do you prevent a church rat from eating a poisoned Holy Communion”.  Alarm bells went off at his answer. That is beyond sacrilege. The audience was stunned. The surprise on their faces says it all. Again, it raises questions about Tinubu’s natural thought flow and his health status. As he tried to defend his health status in Kano over the weekend, that the job of the President is not a “100 or 500 metre race”, unknown to him, the job of the President is much more nuanced and tasking than that. It is the hardest job anyone can give his brain.

You may recall that a few days earlier, in the same Kaduna state, Tinubu caused a stir and embarrassed his host, at the state Investment Forum when he described Gov. Nasir el-Rufai as someone with a vision of “turning rotten things into bad situation”. Can you beat that? But, that’s what neuroscientists called “dissociative identity disorder”. It hampers the faculty from making coordinated reasoning. Few months ago, his infamous declaration in Abeokuta, Ogun state, that the next should come from Yorubaland, and indeed, himself (Emi lokan), many thought it was a Freudian slip, it was a self-entitlement mentality driven by desperation.  Atiku has borrowed from that script. At the same event in Kaduna, with his eyes on the Northern vote, at a time Nigeria is seeking for a unifier and inclusivity, Atiku pushed for divisiveness, by saying, “this is what the North needs, it does not need a Yoruba or Igbo candidate. I stand before you as a Pan-Nigeria of Northern origin”. A month ago in Enugu, Atiku committed the same tasteless blunder when he claimed he would be the stepping-stone for the actualisation of South East presidency. If Tinubu’s faux pas has become too many, that Atiku has joined this high road of missteps questions the credibility and integrity of these two candidates. We know that their desperate efforts to woo voters are bogging down, but this is not the way to wage a winning campaign. It also brings into focus the literature on how some leaders unconsciously sabotage their own success.

What Nigerians want to hear from the presidential candidates is their record of accomplishments in public service, not widening our fault lines and infuriating the people, with inflammatory, condescending, irresponsible and reckless rhetoric. They should stick to the high road and allow the voters to decide. Atiku and Tinubu have misjudged the Nigerian electorate of today, and the backlash of their recent comments may be politically risky for their chances in the election. It bears repeating that Nigerians demand performance from the presidential candidates, trust, competence, specifics of the challenges facing Nigeria, not generalisation. The row between Atiku and Tinubu camps is unfortunate and unnecessary. What a politician says with his mouth is more relevant than what he says with his eyes.  They should emulate the Labour Party Presidential candidate, Peter Obi who has remained on the high plane despite provocations and threats to his “Obidient” supporters. That’s why the Governor of Benue state, Samuel Ortom, the other day, said that the Labour Party Presidential candidate “is  a noble man who can be trusted to change Nigeria for good”. Trust is about leveling with the people. It doesn’t involve shading the facts, or saying one thing and meaning another thing. In the words of Gerald R. Ford( the 38th US President), “trust means saying plainly and simply what you mean, and meaning what you say”. Atiku and Tinubu lack this key virtue necessary to succeed in high political office as the presidency. That’s why Obi has seen his credibility enhanced in recent times. He needs to keep remaining cool and staying presidential when others are losing theirs.

Our politicians should bear in mind that they are heroes when things go right and scapegoats when things go wrong. Apologising when things have gone wrong is not easy for political leaders in particular. But here’s why and how leaders unconsciously sabotage their own success. First, they think they are smart people who cannot make mistakes and erroneously believe they are going to be successful, with or without the people. Writing for the entrepreneur.com, Tyler King says that this is the “common misconception that leaders have”, but they are wrong. Secondly, many of them think they know it all. We have seen this many times among our politicians. Thirdly, they feel ever entitled that they must have their way, regardless of what the people think about their mistakes. This mindset has made many of them to run aground in the pursuit of their ambitions. Finally, from my experience with politicians, many of them don’t involve their own staff in crucial decision-making process until things go terribly beyond redemption. As the Labour Party candidate has repeatedly said, it’s time to take back Nigeria’. Nothing less will do.