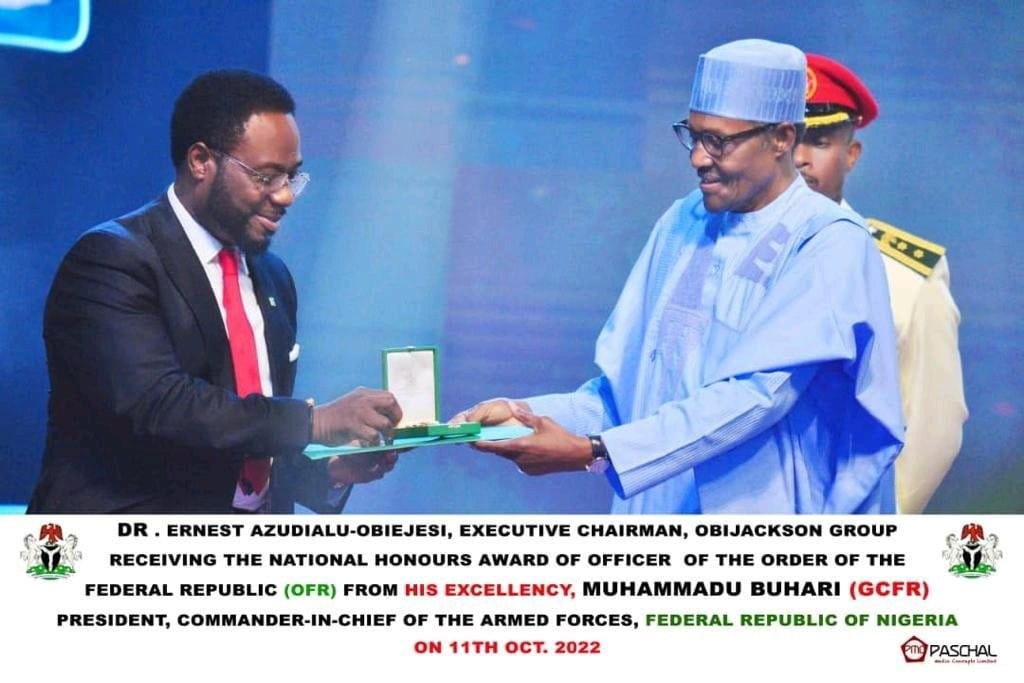 Of a truth, becoming a barrier breaker or line crosser as an entrepreneur is not mere lip service. It takes consistent effort and focus to grow from being an ordinary entrepreneur to a force to be reckoned with globally and an empire builder.

Nigeria is blessed with many of such men who started from scratch, kept their nose to the grindstone, and turn seemingly insignificant ideas into behemoth industries. Dr. Ernest Azudialu-Obiejesi is one of the risk-taking individuals that would be sent to Mars and still treat it as a stepping stone to Saturn – the quality of constant invention and self-improvement that has earned him worldwide acclaim and prosperity.

At work and at play, Azudialu shifts gear seamlessly between the whimsical and the earnest, demonstrating time and over again his ability to tame challenges and ride out storms – without falling prey to Scylla and Charybdis of cynicism and failure. All in pursuit of glory.

Indeed, it is always a great feeling to be recognised by one’s beloved country. Recently, Dr. Ernest Azudialu and 437 individuals were awarded with the 2022 national honours award of the Federal Republic of Nigeria.

The list contains individuals from different works of life like politicians, public officers, security officers, businessmen, monarchs, and religious leaders among others. The award was given to different individuals for different achievements and it was based on different categories. Dr Ernest received his award under the category of “ OFFICER OF THE ORDER OF THE FEDERAL REPUBLIC (OFR)”

Ernest Nnaemeka Azudialu Obiejesi (born April 17, 1960) is a Nigerian business magnate and philanthropist. He is the chairman and chief executive officer (CEO) of Nestoil and the founder of the Obijackson Foundation.