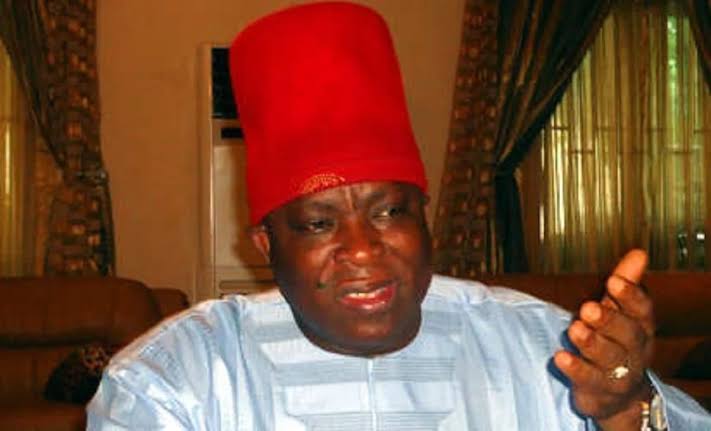 A former national chairman of the All Progressive Grand Alliance (APGA) and senatorial candidate of the Labour Party, Senator Victor Umeh has described the comments of current APGA national chairman, Victor Oye, about Peter Obi as reckless, ANAMBRA PEOPLE reports.

Reacting to this on Arise TV, Senator Umeh chided Oye for his comments, adding that he is not in a position to determine who will succeed in their political pursuits.

“I don’t want to be dragged into pedestrian statements or conversations by Victor Oye. I handed over the party to him in 2015. He’s not in a position to declare or decree who will succeed in his political pursuits. It is only God that gives power not Victor Oye. So that reckless statement he made, I don’t want to join issues with him on that.”

Speaking further, he said, “We are focusing on the mission of rescuing Nigeria, and I myself who started the journey of APGA in Anambra State, I am in the position to tell you the strength of Mr Peter Obi in management and [husbanding] of resources. He (Victor Oye)  does not know him. As his predecessor in office, I want to use this opportunity to cancel that statement that it was unnecessary and misguided.”