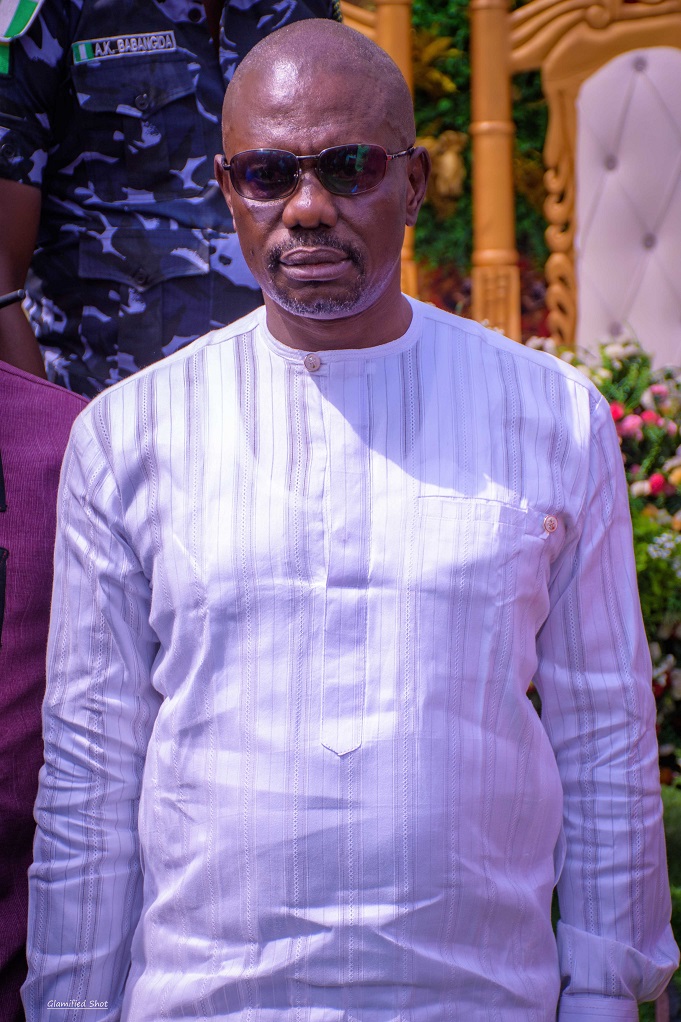 It was the climax of glamour, pomp and pageantry as Dr Kevin Chukwumobi, MD APAMS funeral LTD celebrated his birthday on the 26th December, 2020.

The carnival like event was massively attended by the crème of the Igbo land. It was a roll call of the biggest, the brightest and the best in diverse fields from not just the East, but other parts of Nigeria. The event started with a pontifical high mass officiated by the Catholic Bishop of Nnewi Diocese, with several other members of the clergy and the religious from different congregations. In his homily, the bishop commended Dr Kevin Chukwumobi for his steadfastness, humility and sincerity of purpose. He described Dr Kevin as one of the pride of Ndi Igbo , who has not only contributed to massive job creation leading to reduction in crime, but has been a huge pillar of support to the growth of the local church. The top catholic cleric also advised other well to do Anambrarians to emulate APAMS in his philanthropic gestures and more especially his quiet demeanor and unassuming nature. In the words of the highly revered Cleric, Dr Kevin lives out the Biblical admonition that we should not allow our right hand know what our left hand is doing and his footsteps should be followed.

The lavish and historical event was actually a multiple celebration. It encompasses his 50th birthday, conferment of doctor of Science in business management and corporate governance (Honoris Causa) by European American University, the Igbo Heroes Award conferred on him by the youth wing of Ohaneze Ndi Igbo. Part of the event also was Ozo and chieftaincy title taking as Ume Ike and Ike Ukpor respectively. This traditional function was carried out by no less a person than the royal father of Ukpor.

In his remark, Mr. Peter Obi, the former governor of Anambra state who was at the event to celebrate his friend, described Dr Kevin as a man who is imbued with the right spirit of entrepreneurship and has promoted the ideals of doing business right. According to Dr. Obiora Okonkwo, he described Dr Kevin as an illustrious son of Anambra state and Igbo land who is very hard working, full of creativity and innovation. To Johnbosco Onunkwo, APAMS has paid his dues in business and he urged Ndi Igbo to emulate his humanitarian act.

In his brief remark at the event, Sen. Ifeanyi Ubah who was accompanied by his amiable wife Mrs. Uche Ubah described the celebrant as an industrious citizen who has contributed a lot to the development of the nation’s economy. He further prayed God to nourish him with more wisdom and divine protection and urged him never to relent in putting in more efforts towards the development of the Igbo economy and the nation at large.

According to one of the PDP governorship hopefuls and the immediate past president of Transcorp, Mr. Val Ozigbo, APAMS Boss is a pacesetting businessman and friend who revolutionized funeral undertaking in Nigeria.

The high point of the occasion was cutting of the birthday cake and presentation of honorary doctorate certificate.

It was Abraham Lincoln who said that some are born great while some achieve greatness. The success of the event and the testimonies from attendees and well wishers are testaments to the greatness of the man of the moment Dr Kevin Chukwumobi.