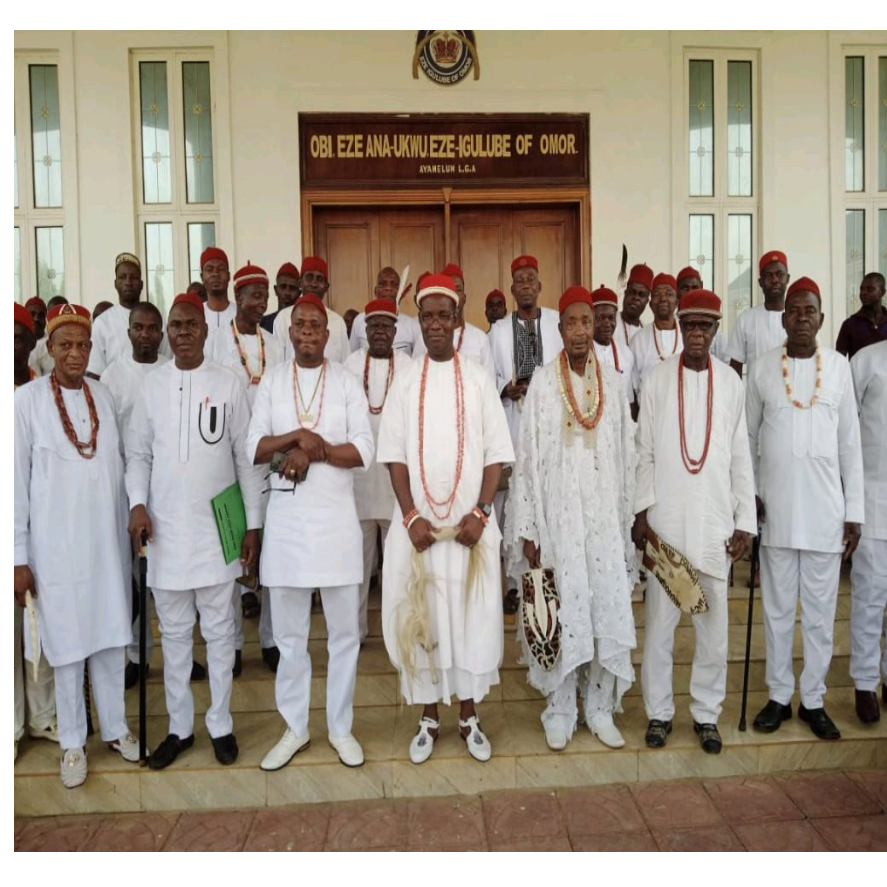 It was a testament of culture and wise leadership as the traditional ruler of Omor, Ayamelum Local Government Area, Igwe Chris Chidume celebrated his fourth coronation anniversary.

The event held at the king’s palace, was attended by cabinet members, titled chiefs and Umuada, also provided an avenue to deliberate on ways to peace and progress of Omor Community. According to Igwe Chidume, Omor Community could not celebrate the event in an elaborate way because of the various crisis that took place in the community few months ago, noting that they used the opportunity of the anniversary to have an in-house meeting to tackle some challenges facing the community and pledged to continue to embark on schemes that would bring peace and prosperity to his community.

The monarch extolled the strategic position of Omor in agriculture and culture and asked his people not to relent even as he appealed to the federal and state governments to assist the community on road construction in order to facilitate the evacuation of farm produce.

Briefing newsmen on the outcome of the private meeting, some stakeholders of Omor Community including, the President General of Umuada Omor-Anukwu, Mrs Jacinta Nnechi, and Chief Paul Egwuatu, said that Omor Community has unanimously agreed to construct a rehabilitation center to assist victims of drug abuse in the town including users of crystal methamphetamine popularly know as ‘mkpulummili’, adding that the Oriokuku age grade will be in charge of infrastructural development among other things to foster development in Omor Community.

Some cabinet chiefs, including Chief Emma Udegbuna and Dr Amobi Chiamogu, said that they have also called on their people to always report conflicts that arise from farm lands to the community resolution committee and not take laws into their hands, and that they have also mandated them to make their community open defecation free by constructing toilets in their various homes.

In a vote of thanks, Mr Clement Nonyelu and Mrs Charity Tagbo-Nzekwesi, said that the emergence of Igwe Chidume has brought unprecedented development and peaceful co-existence among their people praying God to grant him more wisdom, strength and courage to take right decisions at all times.

The event featured solidarity songs by the Umuada and paying of homage to Igwe Chidume.