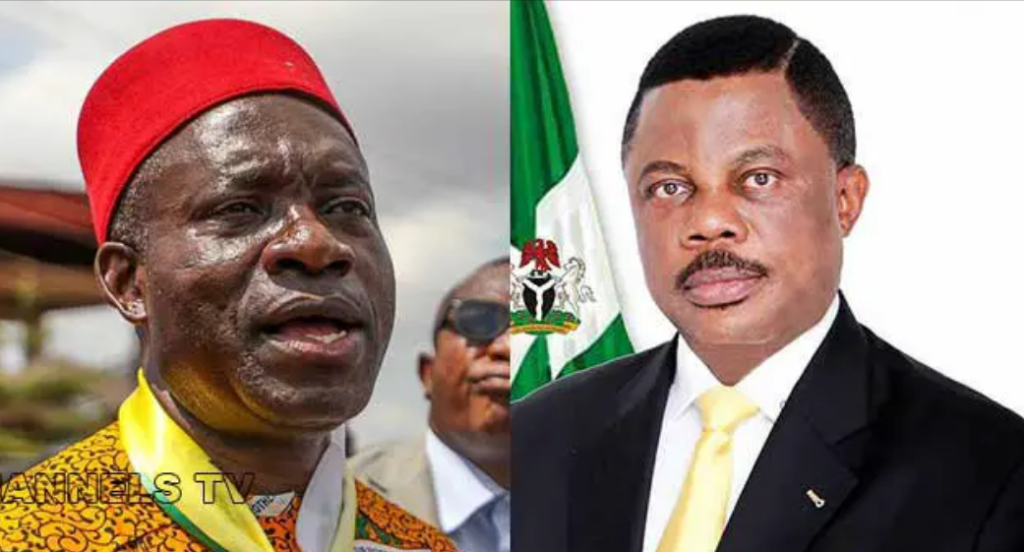 The Anambra state governor – elect, Professor Charles Chukwuma Soludo have disagreed on the size of the budget for the inauguration and handover on March 17, 2022.

It was gathered that the government budgeted N500 million for the programme which will cover making customized clothes, caps, banners, T-shirts and even hiring of rain makers.

But Soludo was said to have advised the Governor to cut the budget down as he preferred a low-key ceremony.

He reportedly asked Obiano not to commit money in such flamboyant venture.

Soludo nearly spilled the beans in his speech during the inauguration of the 80- member Transition Committee last Thursday when he said that there won’t be fanfare during his inauguration on March 17.

He had said that funds for such would be used to address more important development issues in the state.

To demonstrate that he attached no importance to flamboyant handover ceremony Soludo also said he would move from the inauguration venue to his office and from there to the slums in Onitsha and environs particularly Okpoko community where he plans to clean up.

Another area of contention is the venue of the inauguration.

While Obiano wants to use the inauguration and handover ceremony to showcase the newly constructed International Conference Centre, my source said Soludo preferred a low-keyed hand over to take place at the Executive Council Chamber of Government House, Awka.

It was also learnt that as he is being sworn-in, Soludo would have had the list of his Commissioners who will be screened by some members of the transition committee, the calibre of Dr. Oby Ezekwesili, Prof. Pat Utomi and few others, before they are taken to the House of Assembly for final screening.