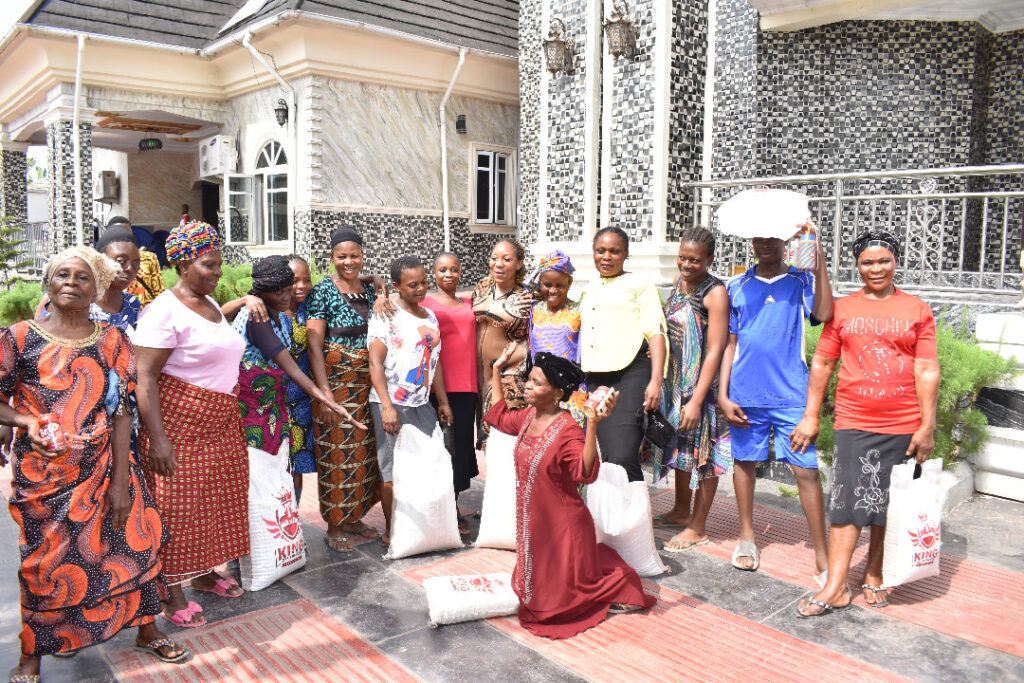 Thailand based billionaire businessman and philanthropist extraordinaire, HRH Igwe Amb. Jerome Ezeneche (King of Six Nations) has commenced the construction of first phase of scores of housing units he initiated for his less privileged kinsmen in Okija community in Anambra state to help cushion the effect of economic downturn and housing deficit in his community. Speaking to newsmen, Igwe Ezeneche stated that as an Igbo man, he understands the primary place of Obi in every household. More so, in Abraham Maslow’s hierarchy of needs, shelter comes second only to food, and that was the reason he started this housing project to help some people in his kindred who are unable to have a decent roof over their heads. He further stated that the high cost of building materials in the country has made it extremely difficult, if not impossible for many people in Nigeria to own a home, hence the initiative. Recently, as part of the Christmas celebration, the Foundation distributed bags of rice and other food items to various households. This has almost become a yearly routine from the foundation. The same gesture was extended to these households at the peak of the COVID-19 pandemic. Some of the highly elated beneficiaries of the largesse showered encomium on Igwe Ezeneche and prayed for more success in his business endeavor. King of Six Nations as he is known in Asia and around Mekong River is one of the greatest philanthropists in Igboland. He has been a champion and an advocate of economic empowerment among Igbo people both at home and in the diaspora. He embodies selfless philanthropy, living it out through his actions and showing an implicit belief in our common humanity. The beneficiaries of his charitable gestures are legion as many families today in Thailand and Igbo land owe their sustenance to his timely interventions. His empowerment scheme is praise worthy as he has expended huge resources setting up businesses for people and in some cases, standing in as a guarantor for their suppliers in the countries where he wields influence. He has also through the instrumentality of his office as an Igbo leader, stepped in to settle issues and provide legal representation to Nigerians who are having legal challenges. Indeed, HRH Igwe Amb. Jerome Ezeneche is an iroko that provides shades to trees and birds of different hue.