A Togo based businessman who hails from Nnewi in Anambra State, Chief Ikenna Anakor has lavishly celebrated his wife’s birthday in a carnival-like event in Togo. Chief Anakor stated that he decided to go extra length for his wife, Mrs. Stella Anakor because she has continued to be a channel of blessings to their family, a vessel of honour, a worthy example to their kids and a keeper of their home. Drawing from a Bible passage, he said one shall chase one thousand while two shall chase ten thousand, adding that his success was made possible by the invaluable support he received from his jewel of inestimable joy, Mrs Stella Anakor. Furthermore, he urged wives to keep aflame the love in their homes which sometimes entails sacrifice, and advised that a woman who cares, loves and understands her husband has stolen his heart. The event was celebrated in Togo, Lagos and Nnewi. It was a week-long event which included shopping, surprises, thanksgiving and dinner. Friends and family celebrated Mrs. Stella Anakor with mouthwatering birthday surprises. Also, some of the family friends like Anti-Poverty (aka Ironman) Samuel Chinagorom (aka Cubana), Reuben Isiani (aka Oji motor emeogo), Nwa Father, Ikonso (Market chairman), Mmesoma Richy Ume and Ikukuoma Cubana pulled surprises for the celebrant. One of Chief Ikenna Anakor’s mentees in Lagos celebrated Mrs. Anakor along with the less privileged in the society and shared gift items in honor of the celebrant.Mrs. Stella Anakor who was so elated by the outpouring of love from husband, families, friends and well-wishers expressed gratitude profusely to all whose efforts made her birthday a memorable one, and prayed that celebration be ever present in their lives. 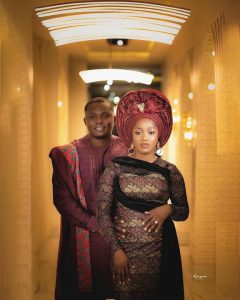