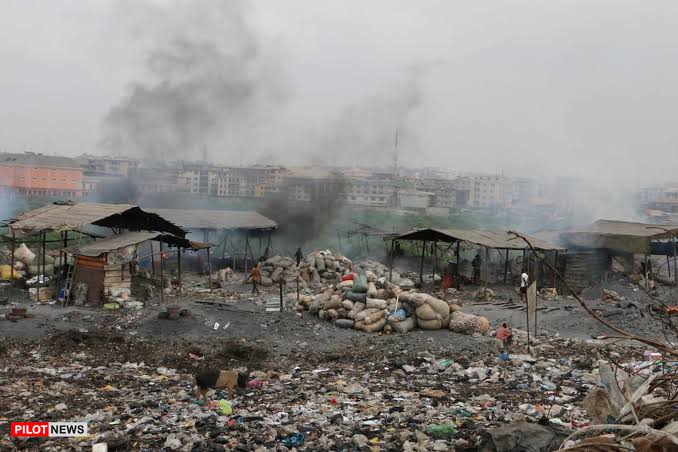 I shudder whenever certain things are said or done to my amazement. That was my reaction when the gov-elect of Anambra State, Prof Chukwuma Soludo, announced that he was going to visit Okpoko a day or two after his inauguration. I had my reservations about anyone in the status of governor of the state electing to have Okpoko as the main menu of government’s activities at any time. Any person that is familiar with Okpoko will readily share my concerns. Not that the layout is not worthy of receiving good attention from government, but because the decay in the area has reached a monumental level that you don’t need to open a page you won’t finish reading. Doing that, as a new government, portends disaster, especially if there is a slip along the line.

However, his resolute stand has not only received outstanding commendation even for having such initiative at all in mind, but also drawn the attention of the world to the plight of the people living in the area. Soludo’s planned visit to Okpoko has several implications. It marks him out as a liberal democrat, someone quick in eschewing bitterness, recognizing the fact that everyone should be given equal treatment under the law. Elsewhere, the idea would have been cancelled on seeing that he did not win Ogbaru Local Government Area where Okpoko is located. Therefore, if Okpoko is slated for this kind of treatment, one doesn’t need a diviner to get a full sense of what awaits the state as a whole. After all, he won in nineteen out of the twenty one local government areas in Anambra State.
Apart from its prewar obscurity, what is today known as Okpoko layout, was a desolate swampy suburb on the southwest axis of Onitsha with less than one hundred inhabitants in 1970. That was after the end of the Nigerian civil war. Strikingly, the early inhabitants were feared in those days for whatever they represented. Popular among them, who was also regarded as the commander-in-chief of Okpoko jungle, was a Chieftain of Obosi, by name Isaac Ichu, also known as Ede of Obosi. To visit or enter Okpoko then must be at his behest and mandate. Otherwise, whatever you see, you take. Nobody had ever gone to Okpoko in those days without telling one awful and horrifying story or the other. Many people presumably joined their ancestors prematurely by undertaking a daring visit to Okpoko, an enclave where human beings were reportedly being used for rituals. It was a topography of ritualistic crimes involving murder, kidnapping, sex-related crimes, vandalism, cultism, gangsterism and a host of other crimes. Once you got lured to the place, you automatically fall victim and may not be as lucky to stay alive to tell your story.

The government of Ajie Ukpabi Asika, then of East Central State, turned its eyes the other way. Of course, the government had too much on its hands to contend with, coming on the heels of the civil war and the attendant post-war atrocious ills pervading the society. The three Rs (reconciliation, rehabilitation and reconstruction) programme of government was measured out to the already existing so-called prewar townships, Enugu, Onitsha, Aba and the rest together with the various communities in the state. Okpoko was not near in any reckoning then because it was not in existence yet. Even if it was, government officials would not have bothered entering the settlement because of its notorious status. As a young student at Christ the King College, Onitsha in those days, this author had his own personal encounter in Okpoko, but that story will be for another day.

By the early part of 1973, the Ede of Obosi had found another lucrative trade in the form of sale of land. Thus, gradually, he started selling the parcels of land available in Okpoko to willing buyers. This booming sale of land attracted many more settlers to Okpoko. Being an un-planned layout, the way and manner of its development resulted in the place becoming a slum. On seeing the progress recorded by Ede, Onitsha indigenes invaded the area towards the end of 1974, and by way of claiming ownership of the same area, started asking property owners to pay land price to them. Albeit reluctantly, people started making second payment for the land they had already bought from Ede, this time, to Onitsha indigenes. The scramble for Okpoko land later spread to the area called Nkitaku, which could be noticed today as a mild area of the slum.

Between 1976 and 1980, Okpoko, though remaining a slum, had grown in both population and outlook. Ever since, Chief Ichu, Ede, had died, and Onitsha people had also withdrawn from the area having completed their own cycle of sale of the plots in the layout. At some point, the military government that disbanded the civilian regime of Shehu Shagari had to declare Okpoko unfit for human habitation, and, by implication, a slum waiting to be evacuated and demolished. But that was not to be. Although the declaration generated fear and panic among the residents of the layout, it did not stop the settlement from growing in population. What it stopped was provision of government facilities such as schools, hospitals, power supply, etc.

The above position persisted until the advent of Dr Chukwuemeka Ezeife’s government in 1992. Through subtle maneuvers by its newly organized leadership, Okpoko Community Development Union, the layout came to be endeared to the government which started to issue Certificates of Occupancy (C of O) to land owners in the layout. Very few benefitted from the exercise as the said Ezeife government did not last beyond two years, throwing the layout back to the mercy of the military once again. Not much developmental activities occurred in the layout throughout the period of the military rule of Abacha. However, with the return of democratic rule in 1999, Okpoko, once again, received attention of the Dr Chinwoke Mbadinuju led government. This time, government’s interest was largely informed by the revenue potential of the huge population of Okpoko, together with the highly promising outlook of Ogbaru main market which was created in the early 1980s to give way to reconstruction work at Ochanja market when it was completely gutted by fire.

Successive governments after Dr Mbadinuju discontinued processing and issuing C of O to Okpoko land owners. Provision of amenities by government was still sparse and scanty, until Governor Peter Obi constructed the first set of roads in the area between 2009 and 2012. During Obi’s tenure, government commissioned a study in partnership with the United Nations Settlement Programme, UN-Habitat, to assess the needs of the layout as a precursor to its rehabilitation. Till date, the report of that study has received more of book shelf attention than actual execution of the recommended rehabilitation schemes. At the moment, those roads done by Peter Obi and Willie Obiano regimes have been literarily washed away by flood, while Okpoko has tragically degenerated into what can best be described as a profusely demonstrative squalid now more than ever before.
A little glimpse at the condition of the layout during his electioneering campaign visits to the area, his belief in what he can do to make Okpoko better, and, a kind of divine push, must have resulted in Professor Chukwuma Soludo’s decision and vow to lift Okpoko out of its subsisting squalor status. His planned maiden visit to the area, just a day after his inauguration as the fifth democratically elected governor of Anambra State, will most likely signpost the beginning of better things coming to Okpoko. As stated earlier, somebody else would have adopted a retaliatory approach to back out of the promised visit to Okpoko since Soludo and his party the All Progressives Grand Alliance, APGA, did not out-rightly win the local government area where Okpoko is located in the November 6, 2021 governorship election. The five percent controversial statement credited to President Muhamadu Buhari in 2015, alluding to the percentage of votes scored by his party, All Progressives Congress, APC, in the southeast as a justification for denying the region certain federal government patronage is still fresh in the minds of many. But Soludo is towing the line of nobility and decency.

The lessons to learn from this are many folds. In a country where political leaders denominate all statements in politics, believing that nobody cares, here is somebody who holds the view that “politics is too serious to be left to those who call themselves politicians”. Soludo has shown that one can make a promise and still stand by his words even in the face of disappointments. That is commitment and discipline. Commitment to raise those thousands of poverty stricken children and their parents out of the condition imposed on them by abject neglect and fate. However it came about, Okpoko actually is a sore pointer to what an unplanned and unbridled development could result into. Going forward therefore, government should make all efforts to ensure that the gross mistake of Okpoko is not repeated in any other parts of Anambra state.

Anyaonu (I win you win), Director, International Center for Human Development and Rule of Law

On the flip side, notwithstanding the poor standard of living prevalent in the area, Okpoko is presently imbued with very brilliant and ingenious individuals who can create something out of nothing. Yes, some people may allude to “fake” products sometimes allegedly made in Okpoko. The Chinese call it copy technology. It was this same copy technology that eventually brought China to the level they got to eventually. My submission is not that producing fake products should be encouraged. Not at all, but that the ingenuity possessed by those Okpoko inhabitants should be exploited and turned to positive outcome and advantage. Who knows, this may be one of those take homes from the Soludo’s Okpoko visit. If he can market Akwaette, why not also those genuine products fabricated or made in Okpoko, ranging from household and hospital equipment to pharmaceuticals and beverages.

Expectations from the visit are high. It is akin to the setting-out process of a construction work. It is said that a million mile’s journey, starts with putting a single step forward. That step, that journey is about to begin, and Okpoko people cannot wait for the visit and its real dividends, the promised upgrade and transformation of the district to a brighter and pleasurable side of life. This journey is a heartwarming and serious development capable of calling back the attention and assistance of the UN and it’s development partners to Okpoko.

© By Chike Anyaonu (I win you win)

Director, International Center for Human Development and Rule of Law.