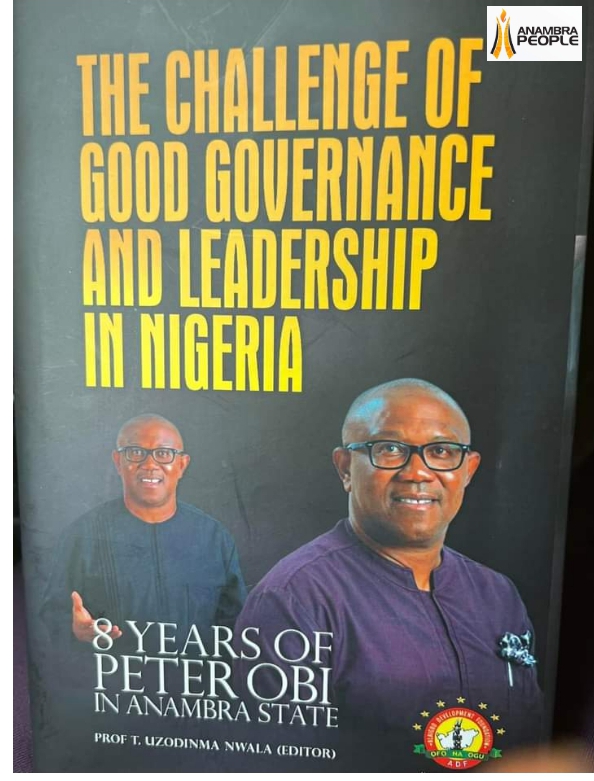 The Alaigbo Development Foundation, led by Prof. Uzodinma Nwala has presented a book on challenges of Leadership, using the eight years of the Obi Administration as a model. The book is entitled: “The Challenge of Good Governance and Leadership in Nigeria: Eight Years of Peter Obi in Anambra State”.

The Chairman of Alaigbo Foundation, Prof. Nwala said the book was not essentially about Peter Obi as a person, but about the exemplary and purposeful leadership he provided that has remained the talk of the town.

Nwala disclosed that the need to use Obi as a model was borne out of the testimony they garnered when the group undertook the industrial tour of Alaigbo starting with Anambra State. He said that in Anambra, when they met with Chief Mbazulike Amaechi, he was full of kind, reassuring and encouraging words about Obi.

Further, he disclosed how INNOSON requested them to thank Obi for the unprecedented support he offered him, including making it possible for him to stand on sound financial footing by paying him upfront for vehicle supplied to him as well as the part he played when his consignment was seized by customs.

Nwala said that the trip to Onitsha Habour Industrial areas were eye-opening. “We learnt the place was resuscitated by Peter Obi. The network of roads he built in the area are exceptional.” He also said all the industries they visited gave it to Obi in terms of support.

The presentation of the book, at the ADF Secretariat, Enugu was unusual. It was not to raise money, but to tell the world, especially “Ndigbo” that the book has been released into the world, to be bought for the essentials of leadership therein.