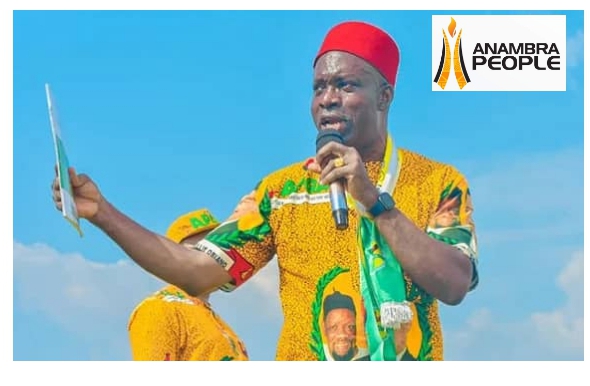 THE incoming governor of Anambra State, Prof Chukwuma Soludo, has appealed to the All Progressives Grand Alliance to give him the latitude to do his job.

Soludo added that the only way for Anambra to continue to remain an APGA party is through good governance.

He said this in a statement by his media aide, Joe Anatune, in Awka on Wednesday.

This is coming barely a week to his inauguration as the governor of the state.

He assured members of APGA and Anambra people that he was not going to disappoint, adding that through his performance, the party will consolidate its stronghold and also make appreciable incursion in the South-East.

The former Central Bank of Nigeria boss said he felt the pains of an average family in the state, as they daily struggle to feed, cloth themselves, pay rent and meet other responsibilities in the face of the harsh economy.

The statement said, “C.C. Soludo’s commitment to improving the quality of life and lifting many from the vicious grip of poverty is the elixir that APGA needs to continually win the battle for the minds and hearts of voters in Nigeria and to emerge as a major challenger in the power dynamics. In other words, astute management of the political economy is the key.

4 thoughts on “ALLOW ME TO WORK, SOLUDO TELLS APGA.”