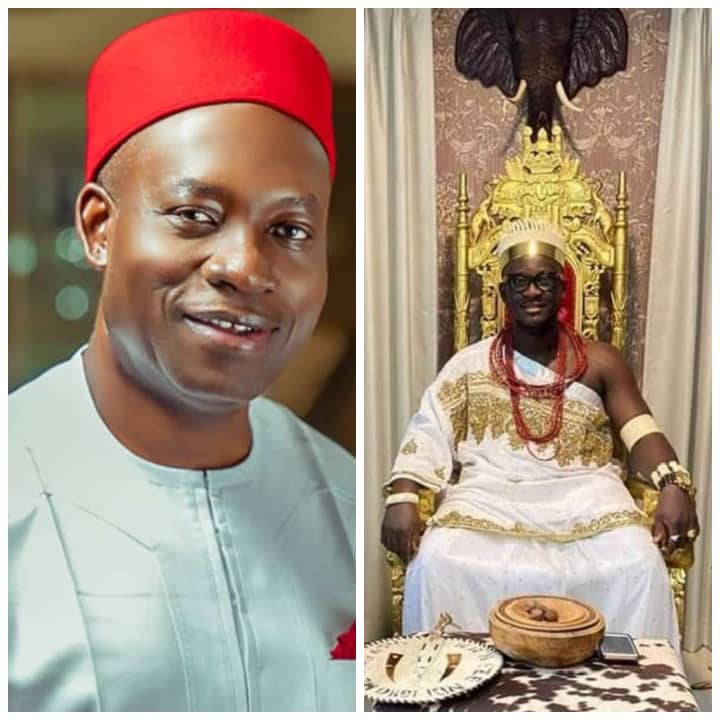 The king of six nations in Asia, HRH Eze Amb. Jerome Ezeneche, has joined millions of Anambrarians to felicitate with the new executive governor of Anambra State, Prof. Chukwuma Soludo as he takes up mantle of leadership of the state for the next four years. The Thailand based businessman urged the new Governor to deploy his renowned brilliance and expertise in returning Anambra State to its former glory. He explained that the workload for the new government in Anambra is quite enormous and challenging, particularly in the areas of protection of lives of the citizens and the provision of road infrastructure. He charged Ndi Anambra to devise ways they could support the new Governor, noting that governance can be more effective when the governed join hands with their leaders.

Speaking further, Ezeneche pledged his support to galvanize Ndi Anambra in Asia in the effort to rebuild Anambra State, restore its glory as the pride of Ndi Igbo and set it on the path of unparalleled greatness and urged other Anambra diaspora organizations to rally round the new administration. “Your victory is a victory for ndi Anambra irrespective of party affiliations. You contested the election against several fellow Anambra men and women with the best interest for our dear state but in electing you as our governor, our people made a bold statement and it has continued to reverberate all over the world. The task ahead and expectations are enormous but the fact that you have a lot of goodwill across board makes the task a lot easier for you and we hope that you utilize it to make Anambra people proud of you as they were when you held sway as the Central Bank Governor”. Ezeneche advised Soludo on the importance of consultation, especially from his predecessors because experience counts, “ In certain situations, you can learn some things from Mbadinuju, Ngige, Peter Obi and Obiano to understand how they handled it in their time. There are also things you can equally learn for ordinary Anambrarians and even your opponents”. He added.

On the outgoing administration, Ezeneche commended Governor Willie Obiano and his team for their efforts in the last eight years, thanking them for putting in their best to uplift the State. He stressed that government is a continuum and hoped that the new Governor will build on their successes. He thanked Gov. Willie Obiano for giving Anambra State its first airport and International Conference Center and stated that with these signature projects, Obiano has etched his name in gold in the history of the State.

Igwe Amb. Jerome Ezeneche prayed God to give Soludo wisdom to steer the affairs of Anambra State to a greater height.