The business of funeral services is not meant for lily-livered men, how much more when a woman, said to be weaker vessel venture into the male-dominated business.

Such a woman can only be described as a woman with a lion’s heart or a woman in a man’s body.

Such is the story of Mrs Jovita Oraneli, an ambulance driver who is into funeral services.

She began her sojourn into the business of undertaking in 2014, after undergoing her National Youth Service Corps, NYSC.

She learnt the enterprise on the the tutelage of one of his brothers Mr Sylvanus Ofodum for two years before setting up her own.

Speaking on what led her into the business, Mrs Oraneli, revealed that right from her childhood days, she has always loved to do what is uncommon.

She added that having seven elder brothers caused her to develop desires towards things usually done by men.

Mrs Oraneli while speaking on one of the challenges facing her in the business of funeral services, said some of her clients whose their deceased loved ones are titled men do not allow her to drive the corpses, insisting that she must get a male driver to do so.

She, however, noted that the business is very profitable.

On whether she has experienced strange happenings in the course of conveying corpses, Mrs Oraneli answered in the negative.
She also revealed that she does not use charms for protection against ghosts.

For her elder brother and tutor, Mr Sylvanus Ofodum, when his sister approached him for tutelage, he encouraged her knowing that she has the capabilities to venture into such business and flourish.

In their separate comments, a laundry woman, Mrs Chioma Soji and a publisher, Mr Chinedu Okeke, women can engage in any legitimate business, noting, however, that the funeral service business is not for the faint-hearted. 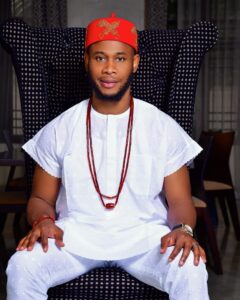