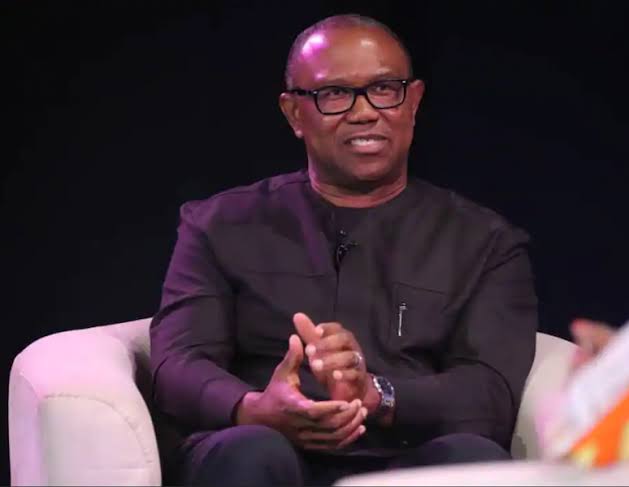 A presidential aspirant in the Peoples Democratic Party (PDP), Mr. Peter Obi, has hoped to emerge as the party’s consensus candidate for the 2023 general election.

He said he had the criteria as one of the world economy and social-political leader to address the current nation’s harsh economic conditions.

Obi spoke at the weekend at his Onitsha home after receiving the expression of interest and nomination forms from a group of professionals.

The ex-Anambra State governor, who said he would formally declare for the presidential race in the coming days, added that the first thing he would do, if elected, would be to bring back trust in governance.
He said his manifesto, which he would be committed to, would be made public during the declaration, hoping that his party would present the best hand to rescue the country from its present quagmire.

Said he: “Although PDP presidential aspirants are already discussing how to present an acceptable candidate that will carry the party’s flag for the election, emphasis is on who is best suited for the job because of the enormity of problems facing the country.

“The presidential aspirants are not saying the consensus is for a particular section of the country. They might be talking of consensus for the whole Nigeria. So, we are going around, interacting with people and discussing everything.
“You never can tell, I might be the consensus candidate they are asking for. We have been discussing with one another and I believe that in the end, we will find out who is the best person for the job.

“I have strong support from all over Nigeria and in this recruitment; we must be able to interrogate people’s past and what they have been able to do in their previous jobs so as to guide Nigerians in making the selection.”

Obi added: “I have the capacity to turn this country around. At the moment, Nigeria is at its lowest ebb. Crime will be reduced when people are gainfully employed and I have plan how to bring people out of poverty as quickly as possible. The first line of tackling poverty is reviving the economy.”

Appreciating the professionals for believing in him, he assured them of his commitment for a better Nigeria, saying: “I’m also committed to the future of our youths. We must get to work to build a better Nigeria.”

The group’s leader, Mr. Daniel Wilbert from Warri, Delta State, said he and his colleagues across the country contributed and purchased the forms for Obi in view of the qualities of a good president they found in him.

“The working class professionals from parts of the country believe that Obi is best suited for the job at this turbulent period in the country’s history.

“We have looked around and seen that you are the best for the job, hence our decision to identify with your aspiration,” he said.