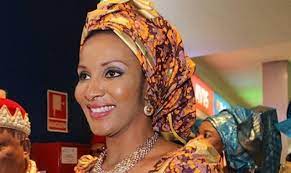 She was among 14 others who were given the obligation to identify the remote and immediate causes of the agitations, restiveness, violence, and armed struggle in the South East since 1999.

In a statement made available to ANAMBRA PEOPLE, the committee was also delegated to document victims/circumstances of death, brutality and incarceration.

It reads, “Identify stakeholders and groups who have played critical roles in the agitations and conflicts, their roles, capabilities and demands.

“Address any other issue(s) that may be germane to unraveling the extent of the crisis and charting the roadmap for the future.

“Make recommendations for sustainable peace and security in Anambra state/Southeast.

“This is an initiative which concerns us all. Our beloved state is swiftly descending into a hotbed of horror with wanton destruction of lives and property. This peace building mechanism, we hope, will not only strengthen social justice and accountability but also set the tempo, in engaging with the relevant stakeholders and key actors, for a lasting and sustainable peace process and a mutually acceptable resolution of the current insecurity crisis”.

Odumegwu Ojukwu however prayed that God will help the committee to execute the work judiciously and to face the challenges ahead.