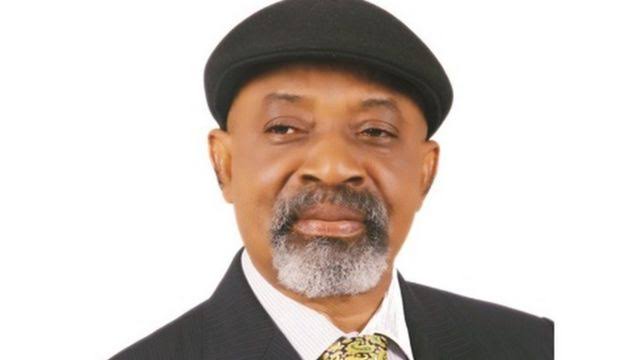 A meeting of Ndieze Igbo in Diaspora and Igbo Delegate Assembly (IDA) comprising Igbos living in the 19 states of Northern Nigeria rose on Saturday in Abuja, with a unanimous resolution to support the Minister of Labour and Employment, Sen. Chris Nwabueze Ngige for the 2023 presidential race, ANAMBRA PEOPLE reports.

They said Ngige should henceforth stop his consultations and join the race for the country’s topmost political office.

The President-General of IDA, Chief Chi Nwogu who announced the resolution, said Ngige by his antecedents had proved his mettle in leadership and if Nigerians decide to seek for an Igboman to lead the country, he should be the one.

Nwogu said Igbos were tired of playing a second fiddle in Nigerian politics and wished to produce the successor to President Muhammadu Buhari.

He said, “We want to produce the President of Nigeria in 2023. We don’t want Vice President. Please Ngige, you have done enough consultations. Don’t consult again. Join the presidential race.

“We know your antecedents the periods you served as governor of Anambra State and Senator of the Federal Republic of Nigeria. You have been in the labour room in the past seven years as the Minister of Labour and Employment, attending to all the labour disputes brought to your table. Please, join the presidential race. We will support you. We will follow you to Aso Rock.”

Speaking in a similar vein, the Eze-Ndigbo Bauchi, Igwe Jude Umezika, described Ngige as a unifier and bridge-builder who would unify Nigeria and safeguard the lives and property of the Igbos and other Nigerians wherever they live in the country.

“The roads he built in Anambra 16 years ago are still intact. There is no Igbo man who is his match. He is one of the Igbo leaders that will call us whenever there is a problem in the North. He has the fear of God.”

Also speaking, Ezeudo of Abuja, Dr Uche Egenti, described Ngige as a bold, courageous and brave man, expressing confidence that if given the opportunity to serve as President, he would replicate his excellent performance in Anambra State in Nigeria.