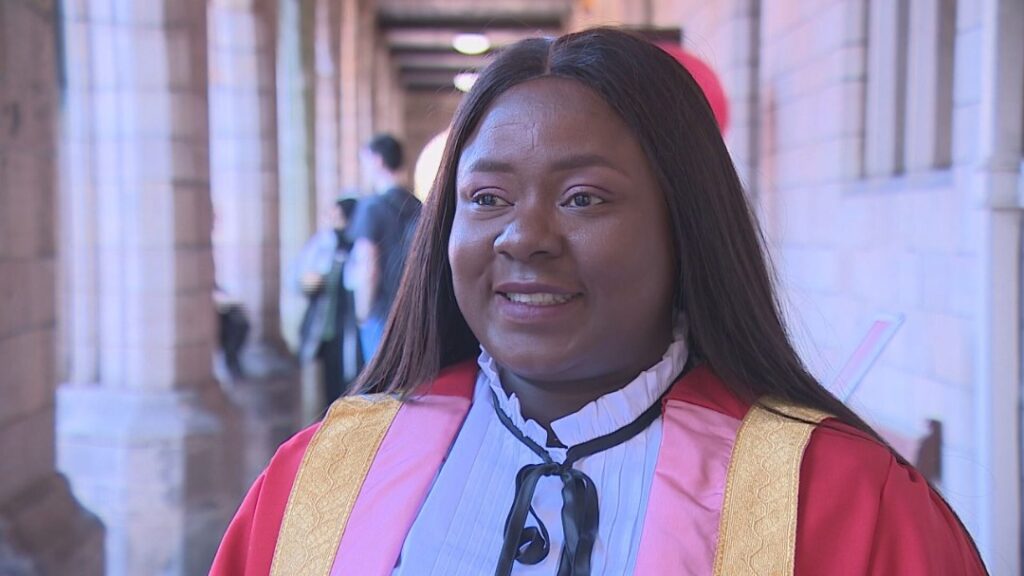 Anambra woman, Martina Chukwuma-Ezike has been elected by students as Rector of the University of Aberdeen, ANAMBRA PEOPLE reports.

Martina accumulated 242 votes under the transferable vote system. The other two candidates – Blair Imani and Radeen Moncrieffe – finished with 71 and 92 votes respectively. A total of 405 votes were cast.

She becomes the first woman of colour and the first Nigerian to be elected Rector of the university, an ancient position that dates back to the foundation of the University in 1495.

She is also a graduate of the University of Aberdeen, having completed her MBA in 2009, and has a longstanding relationship with the student body, offering mentoring, volunteering, and work placement opportunities at the Asthma and Allergy Foundation, enabling medical students to gain experience by working directly with asthmatics.

Chukwuma-Ezike is Chief Executive of the Asthma and Allergy Foundation, Scotland’s only dedicated asthma charity, which she founded in 2009. The charity set up the first Asthma Support Centre in the UK in order to provide support services for people with asthma and allergies in the northeast of Scotland.

She is an ardent supporter of women in business and an active mentor of business owners across the UK. She is also a fellow of The Royal Society for Arts, Manufacturing, and Commerce, received based on the tremendous work she did to support the 5.4 million people living with asthma across the UK during the COVID-19 pandemic.

The University of Aberdeen has a community of more than 130 nationalities, with almost 200 students from Nigeria. It was founded with international connections and is open to people and ideas from around the world.
The new rector is married to Uchenna Chukwuma-Ezike, a chartered chemist and chartered scientist who hails from Anambra State, Nigeria.