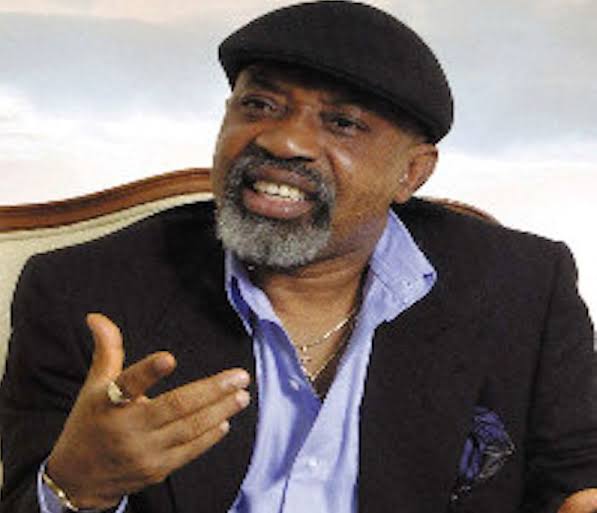 AHEAD of the 2023 general elections, the Minister of Labour and Employment, Senator Chris Ngige on Tuesday formally declared his intention to contest the position of President, ANAMBRA PEOPLE reports. The former governor,senator and now minister of Labour stated he has a burning desire to see a prosperous, united and equitable Nigeria.

Ngige, who unveiled his presidential ambition before a mammoth crowd at St. Mary’s Catholic Church Alor, Idemili South local government area of Anambra State, is seeking the ticket of his party, the All Progressives Congress, APC as its Presidential candidate.

Addressing the crowd, comprising APC faithful and other supporters, the former Anambra State Governor said having served 40 years in the public service, he was fully equipped as an administrator, with a huge wealth of experience, capacity and energy as well as a large heart to accommodate the differences among Nigerians.
Ngige who recounted his numerous achievements as a former governor, ex-Senator and two-time minister, described himself as the “Jack of all trade and master of all” that Nigeria needs now.

He thanked the President for the opportunity offered him to serve as a minister, which he said broadened his knowledge of the various ministries, departments and agencies,
being a member of the Federal Executive Council (FEC) and the conciliator of disputes between employers and employees in the various arms of government and the private sector.
According to him, his stewardship in the difficult and complex Ministry of Labour as the chief conciliator enriched his knowledge of the problems of workers, the difficulty the industrialists and entrepreneurs face, why industries close down, and why some run far below their installed capacity and in turn employ fewer hands.

He said, “I also know the unproductive areas and the areas of waste in the public service. I see the energy in labour that has not been properly harnessed. I have seen the low hanging fruits in agriculture, the handicaps, the factors that militate against job creation, which is one of the mandates of my ministry, especially the inter-ministerial and inter agencies cooperation that is missing. I have seen our burgeoning population without a corresponding advantage in terms of improvement in GDP.”