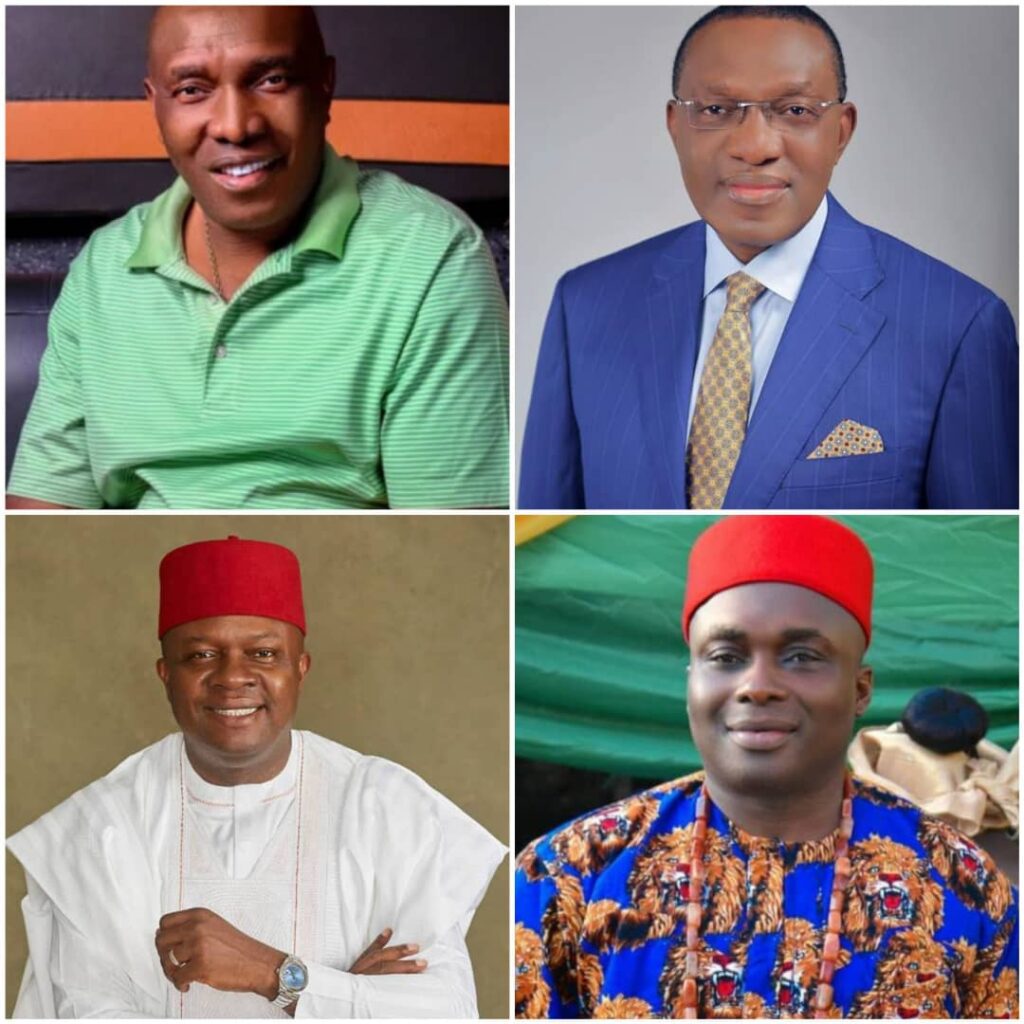 There are indications that APC and PDP will be factionalized in Anambra south senatorial zone before the primaries of both parties. Information ANAMBRA PEOPLE gathered that the Uba family in Uga is at it again as Senator Andy Uba and his brother, Chief Chris Uba have indicated interest to contest for the 2023 Senatorial election of APC and PDP respectively.

Their interests have pitched Andy Uba with Hon Chukwuma Umeoji in APC and in PDP, it is fight to finish between Chief Chris Uba and Mr Valentine Chineto Ozigbo.

A source confirmed to ANAMBRA PEOPLE that Hon Umeoji who is currently representing ndi Aguata Federal Constituency had an agreement with Senator Andy Uba in 2021 before he defected from APGA to APC.

The agreement was that Umeoji would go for senate in 2023 and that Senator Andy Uba would give him all the necessary supports to win the election. Indications emerged recently, that Andy is preparing to declare for senate in Anambra south on the platform of APC next week. The move by Andy Uba will be viewed as a betrayal of trust and a renege on the agreement both parties had prior to November 6, Anambra state governorship election.

In the last 72 hours, the camp of Umeoji has started projecting him for senate but the recent secret move by Andy to snatch the ticket is already causing tension in the party.

ANAMBRA PEOPLE gathered that if Andy Uba goes ahead to obtain the form for senate, Umeoji will square it up with him at the primaries and probably stop him.

In PDP, it is another fight between Valentine Ozigbo and Chief Chris Uba who has used the court to seize the structures of the party in 14 LGAs. Ozigbo who was the governorship candidate of PDP in 2021 belongs to the camp of Mr Peter Obi while Chief Chris Uba and Chief Linus Ukachukwu are in another camp.

THIS IS THE POLITICAL BATTLE GOING ON NOW IN AGUATA.

The Uba family has been contesting for every election in Anambra state since 2007. In APC, Andy Uba is leading a faction while Ngige leads the other one. In PDP, his brother Eselu is heading a faction with court backed 14 LGAs executives.

It was their actions that led to factions in APC and PDP during the 2021 Anambra state governorship election. It is time the two brothers support someone else.