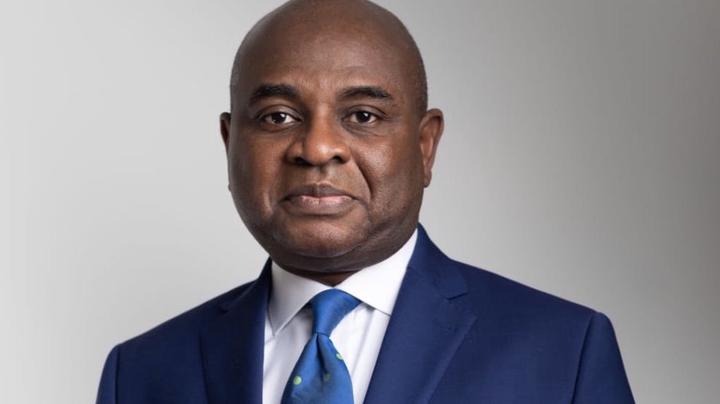 I remember the massive uproar and pessimism that greeted the idea of Islamic banking proposed by the Central Bank of Nigeria under the leadership of Sanusi Lamido Sanusi.

“They want to Islamize Nigeria.”

I was also skeptical myself. Who wouldn’t? The lines holding together the fabric of this potentially great country have always been blurred and, with each successive government, almost disappearing into oblivion.

But Islamic banking came and has put paid to the “Islamization agenda” narrative. Everyone is benefitting from Jaiz, Taj, and all the other banks operating on the same principles.

Beneficiaries cut across every ethnicity including Igbo, Yoruba and Hausa. My good friend from the southeast, Chief Ndubueze, was able to fund his rice processing business. The bank did not care for his tribe or religion before they helped him to secure equipment to take his business to the next level.

What many people did not know was that the man who facilitated the establishment of Islamic banks was a certain Professor from the South East; Kingsley Moghalu, a lawyer, author, politician and astute technocrat who had worked at the United Nations for seventeen years. In that time, the young, amiable and now former Deputy-Governor of CBN, proved his mettle in a field that consisted mostly of former Presidents of foreign nations, ministers, and some of the most inventive men and women in the world.

That inventiveness was even more apparent when the young scholar facilitated, yet again, the rollout of payment systems reforms including the development and introduction of the unique Identifier Bank Verification number, BVN.

President Goodluck Jonathan had promised to use the BVN to tackle insecurity – a task that would have been achieved had Moghalu been retained in the system to teach the APC government how to use technology rather than media circuses to fight terrorism.

Just like ‘The Prof’ in viral Spanish series, MONEY HEIST, Prof. Kingsley Moghalu understands that strategy – not brawn – wins wars. Imagine what would have been had he won the general elections in 2019. Thankfully, it’s not too late to fix this.

Despite being the youngest member of various committees tasked by the UN Secretary-General, Prof. Moghalu always delivered and continued to be relevant as a solutions provider, so much that he has become one of the most highly-sought consultants in the world. In 2006, the UN Secretary-General, Kofi Annan, appointed him member of the UN General Assembly-mandated Redesign Panel on the United Nations Internal Justice System. He was the youngest member and the only one who was not either a former president or minister.

A son of Nigeria was ‘killing it’ on the global stage but, back home, this country wallowed in fearsome darkness under the control of incompetent, unfeeling leaders. Looking back, it was strange that the country had a globally certified citizen who was willing to serve, in plain sight, but chose to go to the polls and abdicate their electoral power to the excuse of “He does not belong in a big party”. If big parties were the solution would there be such gnashing of teeth today?

Would it not seem strange that anyone can see where their problems lie but choose to exist and complain in shackles rather than use their powers to break free from slavery even though the solution was right before them, in plain sight? It would be an indictment on Nigerians of 2022 to be afraid of taking charge of their destinies a whole two hundred and nineteen years after the great Igbo Landing at Dunbar Creek.

Now, I am not saying that anyone should commit suicide. Far from it. Those brave Igbo folk died so that we could live free. Now we must preserve that freedom for our children by resisting the reinforcement of failure (apologies to President Obasanjo).

My heart broke to see Prof. Moghalu’s wife cry in a recent interview about the fatal shootings of innocent, young Nigerians in what is now known as the Abuja-Kaduna Train Massacre. It gave me the same vibes as watching Patience Jonathan weep on national TV. It was as easy for short-sighted people to mock the former First Lady then as it is to ignore Mrs. Moghalu’s tears today, but we seem to be a people who only learn by bitter experiences.

Talking about the subject, it’s occurred to me that Kingsley Moghalu had always been given assignments that centered on bringing peace to war-ravaged countries; and he delivered. From Yugoslavia to Croatia and Rwanda to Tanzania, Moghalu went, saw, and made Nigeria proud. From a young age he was involved in human rights and credible election duties at international level (UN Human Rights and Elections Officer, 1992).

Such invaluable experience is one that Nigeria must leverage for sustainable growth. The time for regrets is gone and whatever little time lies ahead of us, we can only try to fix yesterday, today. It is the only way tomorrow will be better.

Writing about Moghalu’s competences is not praise-singing; he truly does know the job! The freshness he brings is a new lease of life, a viable option for Nigeria and Nigerians.

“The good thing about my presidency is that power will be handed downwards to younger people only. Whoever comes after me cannot be older,” says the professor.

But, for me, age is not even the point here. Professor Moghalu knows more mobile apps than I do! And I am younger. It speaks to the global and modern outlook of the man with three Masters Degrees that he is never caught napping when it comes to youthful innovations. We need a President who tweets by himself. It would mean that he is not selfishly insulated from the opinions of citizens. He can interact and the read the room rather than abdicate his sense of empathy to aides.

PKM, as he is fondly called, understands tech. Nigeria is Africa’s biggest potential in that sector and a president like Kingsley Moghalu will create the best possible environment for young tech founders to thrive. There’s no reminding anyone of the difference between the CBN of SLS/Moghalu and what obtains now.

The robust, business-friendly policies that promoted small and medium scale businesses in Moghalu’s progressive era central bank have virtually been stifled by draconian laws and attacks on fledgling business models that could have put us at par with tech-driven economies around the world.

While other aspirants, especially in the two major political parties have insulted the sensibilities of Nigerians with insensitive ego-boosting and dishonest campaign ads, PKM has recently launched an issues-based MOGHALU GIVES YOU MORE and streets-based #ProfMoMyGuy campaign videos.

While the former speaks to the very salient issues bedeviling Nigeria, the latter connects with ordinary Nigerians.

The Professor has also set a new benchmark by sparing no expense in delivering quality visuals to Nigerians while collaborating with- again – young people in the entertainment industry.

Yoms, the lead character in the MOGHALU GIVES YOU MORE video is an award-winning spoken word artist whose exponential growth has inspired many. The fact that PKM is able to discover and partner effectively with upcoming names and faces is a testimony of his abilities to make new ideas work.

In Prof. Kingsley Moghalu Nigeria’s entertainment industry has found its most genuine partner. Ask the likes of Banky W.