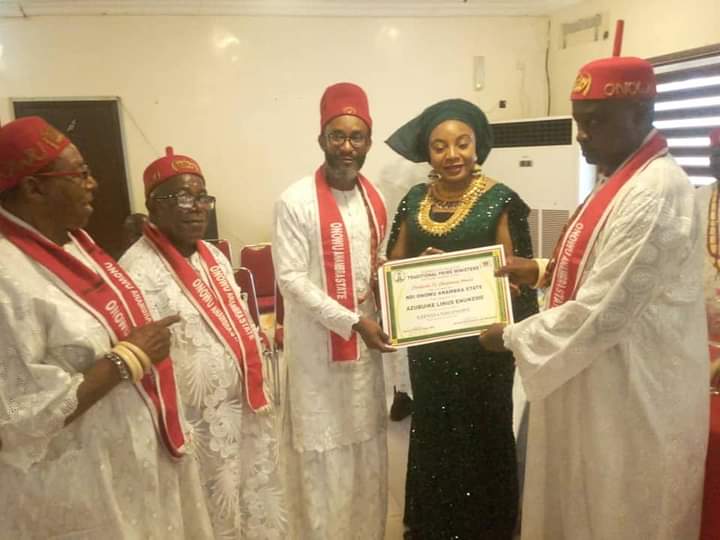 Chief Enukeme was confered the traditional title during the monthly meeting of the Council at Neni, Anaocha Local Government Area, in the presence of all the members of the association.

Performing the function, the first Vice President of the Council, Chief Patrick Oyediuba who is the Traditional Prime Minister of Oraukwu in Idemili North Local Government Area, said that the title was in recognition of the contributions of the late Dr Anthony Enukeme to the growth and sustenanance of the association.

He commended the humane and lovable nature of the late Dr Enukeme, which he said is passed down to his son.

Chief Azubuike Enukeme bears the title ‘Ezennia’, and officially becomes an Onowu in his town, Neni.

Onowu is one of the highest traditional titles in the Igbo socio-traditional setting.