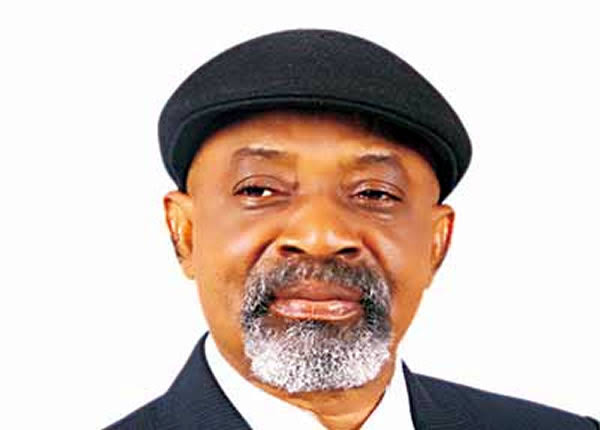 Dr. Chris Nwabueze Ngige popularly known as Ọnwa is the second governor of Anambra State in the fourth Republic.
His rise to fame is unique and will forever be told in the annals of history as a man that opened the Jaws of lions to restore Anambra State from the snares of Vampires.
In 2003, when the Chinwoke Mbadinuju administration came to an end after an abysmal failure, it was clear that Anambra needed a Messiah to rescue a state that was in complete darkness and broken.

Though after the elections, it was clear Mr Peter Obi who contested under the All Progressive Grand Alliance(APGA) won the elections, but then some miracle workers in the political space magically brought in Chris Ngige. That particular action would count as the worst political calculations for the magicians.

Dr Chris Ngige took over the helms of affairs in Anambra State on 29th May 2003 and spent exactly 34 months before the Court of Appeal reaffirmed the mandate of Mr Peter Obi. Those 34 months marked the rebirth of Anambra state in the most dramatic circumstances.

In the minds of the god fathers of Anambra state, they assumed they have found themselves a puppet who could dance to their various devious schemes. Unfortunately, the short, witty man from Alor had other plans. When eventually the godfathers came for his jugular in what would be the most draconian method of unseating a governor, Chris Ngige survived because he was prepared. He ran into the embrace of Anambra people, found solace and then proceeded in delivering outstanding governance to the state. By the time Peter Obi regained his mandate, Ngige was already extremely popular- a near demi god in Anambra. There was no place he stepped his foot in Anambra that Ọnwa! was not the chorus. Peter Obi had to work his socks off in order to gain traction in Anambra.

17 years down the line, how has the Ngige Brand sustained itself?
While he is still respected in Anambra State, the traditional chorus of Ọnwa appears to be gradually fading away. Though fortune smiled on Dr Chris Nwabueze Ngige after he left office in 2006; he found himself at the federal level. In the past 12 years, Ngige has been a Senator and two time minister, a record unmatched in Anambra. He has maintained a foot hold in politics and power but then has not successfully grown the Ngige Brand over these years. He has all the resources and network to solidify his brand beyond any other political brand within the Southeast and beyond but somehow he allowed it to wane.

What did he do wrong?
First, I think Chris Ngige hasn’t improved himself knowledge wise. He didn’t expand his knowledge of the economy and governance as the world continues to change dramatically and 16 years is a long time to be stuck. There’s no freshness when he talks about matters of the state, no spark, nothing thrilling.
Secondly, having stayed in Abuja for 12 years now, it appears he has been cut off from his people, he is rarely seen around Anambra State, and that personal touch he had with the people has waned drastically.
Thirdly, the emergence of Peter Obi in the political space also had its effect. Mr Obi perfectly filled the void Chris Ngige carelessly left.
Fourthly, Ngige hasn’t invested in social media over the years, the use of apps like Twitter, Facebook has become one of the most effective means of communication, essentially amongst young people.

While the presidential election is hitting up, it is expected that Dr Chris Ngige will be one of the major fire brands from the east but unfortunately, the brand lacks the requisite fire to blaze

2 thoughts on “Has the Ngige Brand Diminished?”