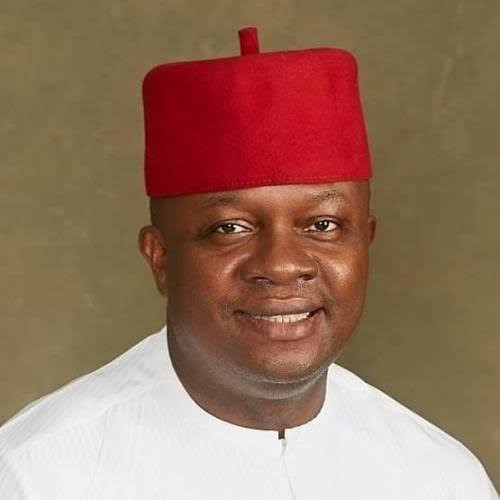 The Peoples Democratic Party (PDP) has cleared sixty aspirants for the party’s primaries for National Assembly positions, ANAMBRA PEOPLE reports. Specifically, eight aspirants have been cleared to contest, including the party’s gubernatorial candidate for the November 2021 elections, Valentine Ozigbo.

A reliable source from the PDP’s headquarters confirmed that the screening committee for the national assembly aspirants, chaired by Rt Hon SKE Udeh Okoye, the committee cleared all senatorial aspirants but one, Hon Chuma Nzeribe.

Serving senators, Stella Oduah (representing Anambra North), a recent returnee to the PDP from the All Progressives Congress (APC) where she had decamped to in August 2021 and Uche Ekwunife (representing Anambra Central), Chris Uba (of the Ngige power tussle infamy), Tony Nwoye, a former governorship candidate of the party, Prince Okechukwu John Emeka, Dr Obinna Uzor, and Mrs Peace Ezeabikwa were all cleared to contest for the senatorial primary by the panel.

According to the report, Hon Nzeribe was disqualified for deliberately misleading the party in his nomination forms concerning his ongoing court cases. The panel reports that he had jumped bail in a fraud case brought against him by the Economic and Financial Crimes Commission (EFCC) and has an active bench warrant for his arrest.

This development clears the air following a weekend of an uncertified report circulating on social media falsely indicating that Ozigbo, Nwoye, and two others had been disqualified from contesting in the party’s senatorial primaries.

The report elicited a wave of protests at the national level of the PDP and in Anambra because Valentine Ozigbo is an inspirational figure and natural crowd-puller who is considered one of the party’s best governorship candidates ever produced.

Mrs Imade Ize-Iyamu, a PDP stalwart from Edo State, wrote in protest to Dr Iyorchia Ayu, the National Chairman, over the weekend, “Valentine Ozibo, Nigeria’s star boy that congratulated Soludo and won the hearts of Nigeria. A man that has made himself visible in all PDP’s functions. A very polite and respectful man. The kind of man Anambarians needs on the Senate to represent them and Nigerians”.

Similar reactions trailed the controversy, which has now been laid to rest by this report.