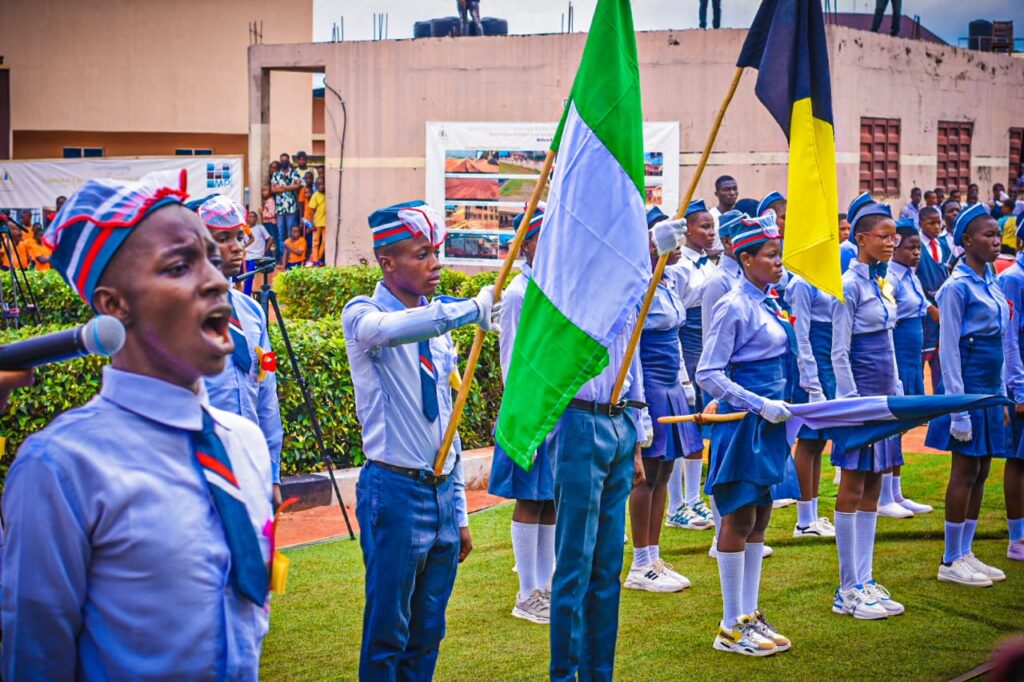 …..COMMENDS CLEM NWOGBO FOR HIS “ADOPT A SCHOOL” INITIATIVE Governor Soludo spoke at an event at the Capital City Secondary School, Awka during the commissioning of projects built by Mr. Clem Nwogbo. Governor Soludo stated the selfless gesture by Mr. Clem Nwogbo should be emulated by other wealthy Ndi Anambra. The Governor reiterated that the greatest investment one can make in life is in human capital development.

He added that his administration will encourage school adoption initiative by  building a systematic framework for its emergence in Anambra State. He emphasised that his government has began the recruitment of more teachers and will also embark on the training and retraining of teachers for effective and qualitative teaching. Governor Soludo also advised the pupils at the adopted schools to take advantage of the opportunity by focusing more on their studies and refraining from any anti-social vices that could derail their educational pursuits.

He stated he was glad that his organisation little efforts in their various corporate social responsibility projects tie into the bigger agenda of Governor Soludo, which he said are well articulated in the Soludo Solution document.

He also commended Governor Soludo for beginning the school adoption experiment over 12 years ago with Amorji Primary School in his Isuofia community which led to exponential growth of students’ enrolment in the school from 200 to over 900 students.

Apart from adoption of the two schools, Capital City Secondary School and Amaenyi Primary School respectively,  Mr. Nwogbo revealed that following the needs assessment conducted in the two schools in identified subject areas, they have twenty teachers on their pay roll whose salaries and emoluments for the next five years will be funded by his organisation.

Other interventions which had been undertaken and funded by the organisation recently include; eye examinations and care for students and teachers in the two adopted schools.

She stated his efforts in adopting the two schools will ultimately impact positively on the lives of the students in future and called on other indigenes in the state to emulate Mr. Nwogbo’s gestures.