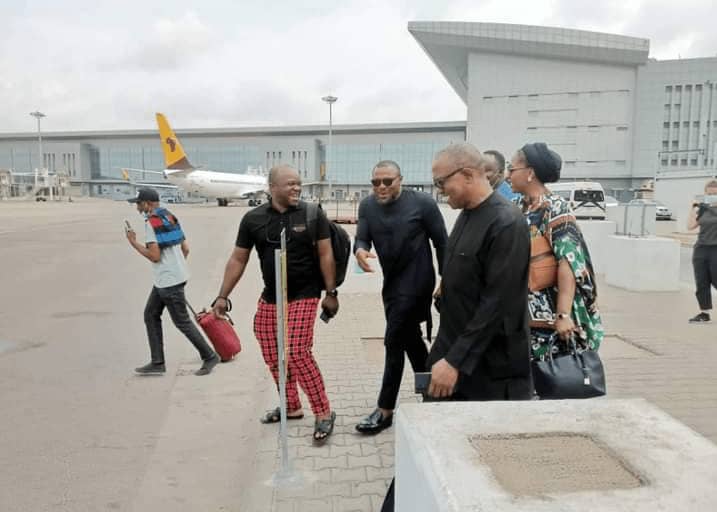 The game changing presidential aspirant of the Peoples Democratic Party His Excellency Mr Peter Obi has once again demonstrated leadership as he undertook to solve the people’s problems, rather than rush to meet up with campaign schedule, Citypost learnt.

The former Governor of Anambra State was reported to be on his way to the north for campaigns when he came across some passengers that were stranded at the Nnamdi Azikiwe International Airport and decided to assist them first. This is LEADERSHIP!
Valentine Obienyem wrote…
And Obi refuses to board his flight in spite… There was a problem at the Nnamdi Azikiwe International airport this morning.
Travellers to Benin refused that any plane should leave the airport until their problem was solved. They had been at the airport since yesterday.
On recognizing Obi, who was travelling to the North on consultations, they said it was only his flight that they would allow to leave.

However, Obi refused and had to make series of calls that solved the problem. Their flight and ours boarded simultaneously as Obi requested.

Thereafter, travellers fell over one another taking selfies with Mr. Peter Obi. Afterwards, they started singing to his honour.

Meanwhile, we are about to take off for the continuation of Northern consultations. I shall report the events live.