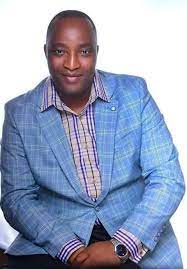 The season for political exercise is upon Nigeria against the backdrop of 2023 general elections where both national and local elective offices are up for grabs. Would-be candidates and aspirants in the many localities of Nigeria have already began the process of expressing their interests for the respective offices according to the dictates of the electoral governing body, the Independent national electoral commission (INEC).

In Anambra State similar to other 35 states including the federal capital territory, Abuja, the process of candidate selection have started in full steam towards sieving the lineup of persons aspiring for the elective positions. The political parties ha e already set their schedules for primary elections.

As often witnessed in Nigeria’s political clime, a larger number of aspirants and of occupants of elective offices have shown a highly predictive propensity for corrupt practices, graft and clear disregard to the tenets of the office they occupy, and to the Oath of Office administered to them.

There then appears a dire need for detailed and careful examination of persons angling to occupy these sensitive positions. For this reason, the first port of call presents itself in Anambra State where a former political Aide to the immediate past governor of Anambra State, Wille Obiano is set to vie for the party banner under the All Progressive Grand Alliance [APGA] to contest for the Senatorial seat of Anambra north Senatorial District. He goes by the name, Primus Odili. He served as a special assistant on special duties to the Governor for 4 years – and then served as the chief of staff to the Anambra State Governor for another 4 years.

A background investigation performed on the person of Primus Odili by 247ureports.com exposed exciting and eye popping revelation.

In summative terms, Primus Odili is considered within informed circles one of the most corrupt political Aides in the history of democratic Nigeria. In his 8 years as political Aide to Governor Obiano, It is established he stole over N200billion going by conservative measure.

Primus Odili, during his 4 years as the special assistant on special duties to the Governor, served as the man Friday of the Governor – having shared a prior relationship with the Governor’s nuclei family. Primus Odili hails from the same community as the Governor and had served as an errand boy to the Governor prior to his becoming the Governor of Anambra State. This was during the period when Primus Odili resided in the United States of America [USA] at Nashville in Tennessee when he worked as a payroll clerk at a local clinic owned by a Nigerian American Medical Doctor by the name John Nwofia.

With each vacation period when the then Obiano as Fidelity Bank executive would visit the USA with his family for holidays, Primus Odili would play the role of the “service man” and/or errand person. He would assist in booking of hotels, rental of vehicles and other general help. He would also drive the Obiano family around in the rental vehicle to sightseeing places and to Nigeria events. At the end of each trip, the Obiano’s would show Primus Odili appreciation, often in monetary terms.

This relationship set the stage for Primus Odili’s interplay with the Obiano’s soon after being sworn-in as the executive Governor of Anambra State. Primus Odili quickly became the ears and eyes of the Governor. He became the closest person to the governor – even arguably closer to Willie Obiano than his wife. He often had the last word before Willie Obiano goes to bed and the first word when he wakes in the morning.

As the Man Friday, Primus Odili was quick to grab the bull by the horns. “He became the unofficial bribe collector for the Governor” explained one of the high level aides to the former governor. Primus Odili would approach each contract signing process with a demand for 25% of the total contract value to be paid into a specified bank account. “He would give the impression it was for the Governor”. All the road contracts executed during the 4year period as mere exercise of money laundering and/or transfer from the government treasury into unknown private accounts, explained the source. The construction of the roads at Aguleri Uno/Aguleri Otu at an estimated cost of N25 billion presents a classic example. Primus Odili presented two bank accounts from Zenith and UBA where the sum of N6,250,000,000.00 [N6.25billion] was paid into in multiple batches. In addition to the kickbacks collected from the road projects, Primus Odili collected the sum of N1,770,000,000.00 [N1.77billion] from Obiano’s pick a project initiative for each community of the [one hundred seventy seven] 177 towns of Anambra State. The Obiano administration initiative earmarked the sum of N20million for each community. Each of the communities was given the freedom to choose their project. The administration remitted the monies directly to the contractors.

Through this initiative, a project worth N20,000,000.00 [N20million] was executed for each community per year for a period of two years. As has become customary, Primus Odili played a figurative role in the process and execution of the initiative. He was the key player behind the scene whom all the commissioners and advisers to the Governor deferred to – believing he was the eyes and the ears of the Governor.

Similar to the road projects, Primus Odili imposed the 25% kickback on each community through the contractors. Without resistance, the 25% of the entire contract sum was paid as demanded. It was deposited into a bank account supplied by Primus Odili. The pick a project initiative which was conducted twice – meaning each community received two projects at the monetary value of N40,000,000.00 [N40m] equivalent to a grand sum of N7,080,000,000.00 [N7.08billion] for all the communities, of which only N5,310,000,000.00 [N5.31billion] was spent on the actual pick a project initiative – while the remainder of N1.77billion was siphoned.

Beyond the road projects and community project initiative, Primus Odili’s escapades of lickbacks stretches to other initiatives of the Obiano administration, specifically, the “Operation Light Up Anambra”.

On July 16, 2016, the then Anambra state governor, Willie Obiano, switched on the eight-kilometer Nibo and four-kilometer Anaocha Street Light projects to launch the expanded Operation Light Up Anambra initiative. The then Governor committed to the expansion of project to the one hundred and seventy nine [179] communities in Anambra. Obiano indicated the street lights will be powered by the national grid and by gas [Diesel]. Primus Odili was then allowed to arrange for the purchase and supply of the diesel required to power the street lights – after having lobbied heavily to take the task. Within weeks of switching on the lights to over 100kilometers of road, Primus Odili began submission of exorbitant invoices for the purchase of diesel. Our source placed the price tag as oscillating between N2million to N4million daily in diesel purchases. The funds were made available directly to Primus Odili for the entire duration of his stay with the Obiano administration. The street lights were powered for 6years.

Through these fraudulent activities, Primus Odili was able to amass significant wealth for himself. Like a pregnancy that cannot be covered up for long, the symptoms of ill-gotten wealth began to exhibit signs of wealth on the part of Primus Odili going by his sudden luxurious acquisitions.

On April 22, 2020, Primus Odili made a warping purchase in the USA. He made the purchase during the peak periods of the corona virus in Nigeria and internationally – during the period of national and international lockdown. Primus Odili purchased a palatial home at 1804 Terrabrooke Private Court, Brentwood, Tennessee for the exact price of $1,818,718. He purchased the palatial home from Partners in Building of TN LLC through Chuddy Nnodu of Hodges and Fooshee Realty Inc. The house was purchased under the names of Mrs. Maureen C Odili and Primus Odili. [https://www.williamsonhomepage.com/brentwood/just-sold-property-transfers-as-of-april-21-2020/article_3c236bc4-9391-11ea-ae53-83b66d0dad1e.html?fbclid=IwAR3zl_1T4_eBcQxj4jcSe0IzFeE7K0CHfIpgo9a61ZhErsE2cNWOcBiyS04].

The palatial home seats on a 1.1 Arce of compound and has six bath rooms, six bed rooms. The house has an area of 5,575sq ft. At the time of the purchase, [April 22, 2020] Naira was valued N420 per Dollar. At the rate, $1,818,718 equates to N763,861,560. When quizzed by the Nigeria’s anti-graft agencies, Primus Odili stated, he made the purchases for his principal, Willie Obiano. Primus Odili is currently cooperating with the anti-graft agencies.

In London, United Kingdom, Primus Odili made numerous acquisitions using his wife’s name, Princess Maureen Odili. Preliminary investigations indicate the former Obiano aide made purchases of commercial properties and private luxurious home at upscale neighborhoods at sums of above $3million equivalent to N1.5billion. In the coming days the results of the full investigation will detail the particulars of the purchase. The preliminary investigation also reveals a purchase of home in the United Arab Emirate [UAE]. The complete details will be made available soon. Meanwhile, Primus Odili’s excesses were not relegated primarily to his service under the Obiano administration, it was recorded and reported while he worked for his former employer, Dr. John Nwaofia in the USA. He evaded prosecution through the intervention of a group of Ndigbo (under the then ASA USA) who pleaded with John Nwaofia not to proceed to prosecution under the US district attorney. It worthy of note that he later turned his back against John Nwaofia. In a nutshell, Primus Odili was caught “stealing” from company payroll using ghost employees. He employed black Americans to pretend they were employees and he was collecting monies on their head. In the coming days, the full findings of the investigation will be made public.